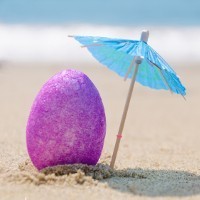 A Victorian state government plan to introduce public holidays on Easter Sunday and the Friday before the AFL Grand Final Day has come under fire amid concerns the plan will put additional pressure on already struggling small businesses.

The move comes at a time when business groups are increasingly concerned over the burden of high penalty rates on weekends and public holidays, with retailers and businesses in the hospitality industry particularly on under pressure.

According to the Victorian Employers’ Chamber of Commerce and Industry, two additional public holidays could cost small business owners $105 million per year in additional wages, with wages likely to jump 50% on Easter Sunday and 150% on Grand Final Eve.

The Easter Sunday public holiday will be introduced via a notice in the Government Gazette, allowing Victorian businesses to put in place their trading arrangements and to organise employee rosters. The move makes Victoria the second state to give employees an Easter Sunday holiday alongside New South Wales. A ‘regulatory impact statement’ is being prepared for the proposed AFL Grand Final holiday.

Victorians now receive 13 public holidays per year, significantly more than either New South Wales with 11 and Queensland and Western Australia with 10.

“The previous government sold us out to landlords, and this one is selling us out to the unions. The ruling classes are at it again,” Strong says.

“At a time when the economy is going through big changes, why on earth would you introduce two extra days of no productivity?”

Strong warns the move is likely to cost the very employees the proposal was supposed to benefit, with many small businesses likely to close on the new public holidays, meaning a lost shift for staff.

“If I were a worker, I’d be saying ‘you beaut’. Unless I’m a worker where the boss says ‘I can’t afford to open today’ and instead I’m earning nothing,” he says.

The proposal was also criticised in a statement by VECCI chief executive Mark Stone, who urged the government to carefully consider impacts on business, especially small business, when making future decisions about public holidays.

“The new holidays will result in both lost productivity and higher wage costs for small business at a time when many are facing difficult trading conditions,” Stone said.

“On grand final Friday, the cost to pay many of Victoria’s almost two million full-time employees not to come to work could reach $543 million for the day.”

In a statement issued before the last state election, Premier Andrews said there is no long weekend on the Victorian working calendar for more than half of the year. Andrews also stated a public holiday would add to the $40 million economic boost the state receives from hosting the AFL Grand Final each year.

“Victorians are working harder every day – they deserve a long weekend in the middle of the six month drought,” Andrews said.

“One of the sporting capital’s biggest events deserves more than an ordinary Saturday.”

“It’s great for footy fans and families and it’ll be a boost for tourism in Melbourne and regional Victoria.”

* This article was ammended on February 18th at 4.55 PM AEDT to add a comment from a state government spokesperson.