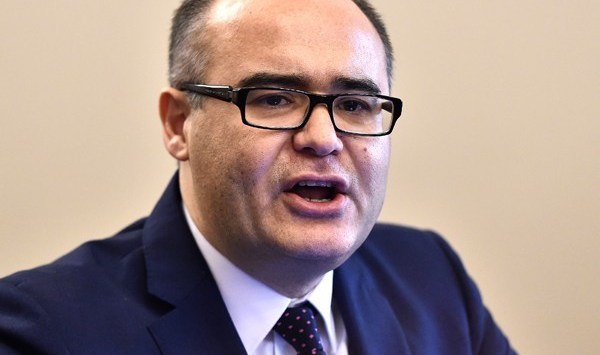 Victorian Small Business Minister Adem Somyurek has been forced to resign in the wake of bullying allegations by his chief of staff.

Premier Daniel Andrews accepted the minister’s resignation this morning following the release of a government report investigating the matter.

The government has released the report to the public, however redactions have been made in order to protect the privacy of some individuals.

At a press conference in Melbourne today, the Premier said he had met with Somyurek this morning and asked him to resign.

“What is detailed [in the report] is completely inappropriate,” Andrews said.

“I have taken this action because it is my belief that this behaviour is completely inappropriate. There are adverse findings made against only one person and I have met with him today and sought his resignation and he has given it to me.”

Andrews admitted that the report was not a good look for the government, but insisted that his ministers were getting on with the job.

“This is not what the Victorian community expect of their Victorian government,” Andrews said.

“Every Victorian can rest assured that this government, having dealt appropriately with this issue promptly, is working to deliver the commitments we made to you at the election last year.”

The Premier said there was an issue of “physical contact” with a female member of staff and other incidents where Somyurek behaved in an inappropriate matter.

“We as a government breached our duty of care to her,” Andrews said.

“I want to apologise to her for the way she was treated and I want to make it very clear to all Victorians that this has been a proper inquiry dealing with very serious matters. We set the standard and we need to meet it.”

Former chief of staff to Adem Somyurek, Dimity Paul, is currently on leave and the Premier said he will “sit down and work out what her future holds”.

Paul made a formal complaint about Somyurek’s behaviour back in May.

Although the MP has resigned from the small business, innovation and trade portfolios he will remain in the Victorian Legislative Council.

Addressing the media on Tuesday afternoon, Somyurek said he did not accept the findings of the report and labelled it a defamatory “dirt sheet”.

The former minister said he denied the bullying allegations, however admitted to having heated arguments with his staff.