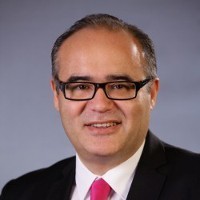 The Victorian government has stood down the Minister for Small Business, Adem Somyurek, after his chief of staff levelled bullying allegations at the Labor politician.

Premier Daniel Andrews confirmed on Saturday the Department of Premier and Cabinet had initiated an inquiry into reported incidents of inappropriate behaviour by Somyurek, the Minister for Small Business, Innovation and Trade.

The Premier said he has stood the minister aside from his position “pending the outcome of the inquiry” and said he would personally take over the small business portfolio in the interim.

Andrews was forced to make the decision after Somyurek’s chief of staff, Dimity Paul, made a formal complaint to the Premier’s office on Thursday relating to the minister’s treatment of staff.

While the exact nature of the behaviour is unknown, Andrews described the allegations as being of “a serious nature”.

“The complaint has been made by the chief of staff to the minister and details, at least in her mind … a pattern of abusive behaviour, inappropriate behaviour,” said Andrews at a press conference Saturday, according to the ABC.

“It is alleged that his personal behaviour was of a threatening, intimidating nature.”

Fairfax reports an argument between the minister and a number of his staff took place on Wednesday evening, which led to one of his employees being sacked.

Somyurek has denied the allegations publicly and SmartCompany did not receive a response from Somyurek prior to publication.

Somyurek, who immigrated from Turkey when he was a child, has held the office of the Minister for Small Business, Innovation and Trade since the Andrews-led Labor Party took government in December last year.

The state representative for the South-Eastern Metropolitan district and a career politician, Somyurek had previously made headlines in 2009 when he was caught driving with a disqualified licence.

Andrews said in a statement the investigation would cover a “number” of incidents alleged by Paul and would also examine the operation of the ministerial office, including management practices, capability and adherence to the public sector values.

The inquiry will also determine whether any aspects of the allegations raised are appropriate to refer to the authorities, such as the police or the Fair Work Commission.

Andrews said he wished to resolve the issue as quickly as possible.

“I do hope that takes weeks rather than months, and I am certain it will,” he said.