“We need to step up the game”: Business leaders react to Malcolm Turnbull’s prime ministership 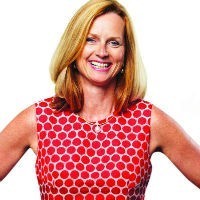 Business leaders have welcomed Malcolm Turnbull’s imminent prime ministership, praising his commitment to strong economic leadership and the jobs of the future.

Julie Bishop was re-elected as deputy leader of the federal Liberal Party by a comfortable margin and will continue to serve as foreign minister.

Shortly after winning the leadership ballot, Turnbull addressed the media to say Australia will now have a leader who will be able to explain the “great challenges and opportunities that we face”.

“The Australia of the future has to be a nation that is agile, that is innovative, that is creative,” Turnbull said.

“We can’t be defensive, we can’t future-proof ourselves. We have to recognise that the disruption that we see driven by technology, the volatility in change, is our friend if we are agile and smart enough to take advantage of it.”

“He sees the fundamental changes that are about to happen in our economy, particularly the impact of technology on our middle class,” Simson says.

“He’s looking to the future, not the past. He’s really clear about the investment we need to make in our intellectual assets. The fact he has such a deep connection to the entrepreneurial community can only be good for growth because he gets us.”

Simson says she welcomes Turnbull’s promise to be inclusive and diverse, and hopes he will boost female participation in the workforce and reform education as part of his commitment to prepare Australia’s economy for the future.

“I would love to see how he transforms education throughout our economy, starting with coding in primary schools,” she says.

“Coding is the biggest global language and it is as important as reading, writing and arithmetic because even if you don’t use it, you understand what it’s all about and no longer fear technology. We need education for a strong future.”

Turnbull’s prime ministership has been welcomed by a range of other business leaders, including serial entrepreneurs Dick Smith and Steve Baxter.

Speaking to SmartCompany before the leadership ballotyesterday, Baxter said he believes a Malcolm Turnbull prime ministership will be good for the Australian economy.

“I think Malcolm Turnbull has more chops – for lack of a better term – when it comes to digital, the internet and internet disruption we’re currently facing,” Baxter says.

“He’s a successful business man and I like the fact he’s middle of the road,” Smith says.

“For the last couple of years, it feels like the general public has been taken for idiots with the slogans and the rhetoric,” Barrie says.

“Malcolm is credible. He’s intelligent and he actually acts like a leader. He’s got the business background and so forth and I think he’ll be a much better prime minister.”

Barrie says Australia needs a prime minister that can prepare the country for the future.

“The GDP of this country has structural problems,” he says.

“I’ve talked about this ad nauseum, but we’re a very primitive economy and we have a very small population. We need to think about the industries we can create to maintain our standard of living. The age of being average is over.”

“We need to step up the game and not sit back and rely on commodities, mining and agriculture.”