Harper Review: Any more consultation on the effects test is just a political smoke screen 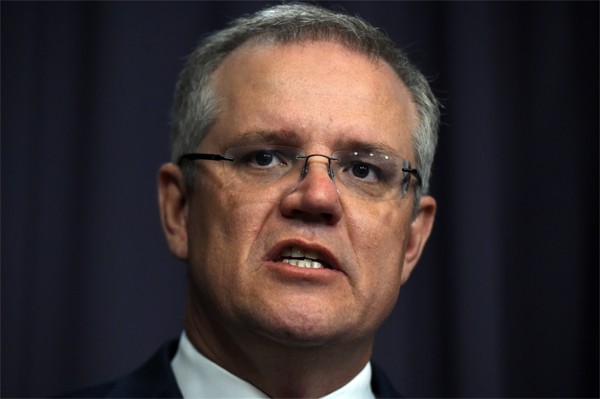 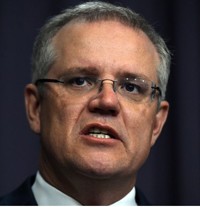 Big business continues to hold the government to ransom over the Harper review’s proposed reform of the misuse of market power prohibition in Australia’s competition legislation.

In the government’s response to the review panel’s recommendations announced yesterday – on section 46, more consultation is proposed.

More consultation needed – really? The Harper review received 950 submissions and held countless public and private workshops, forums and meetings, including with big business groups, and the lawyers that typically represent them. Once the final report was in, “consultation” between the former Abbott-led government and the Business Council of Australia continued over the issue.

The prohibition in section 46 has been the subject of reviews, inquiries and reform proposals on more than 10 previous occasions, spanning 1976 to 2004.

The proposed further consultation is said to be for the purpose of exploring “further options to strengthen” the prohibition. In Treasurer Scott Morrison’s words, it will examine whether there is a “part Harper” option available. Is this meant to imply that all the possible options have not been explored already? Given the extensive and protracted consultation to date, that proposition lacks credibility.

The more convincing explanation for prolonging the section 46 agony is that it will enable the government to negotiate big business support for other reforms – particularly in the area of tax. In such negotiations, section 46 may well feature as a bargaining chip.

The principal assertion made by objectors is that an effects test will produce uncertainty that will “chill” competition.

The many compelling arguments in favour of reform of section 46, and an effects test specifically, need not be rehashed but it is worth pointing out that such a test is not some novel invention of the Harper panel. It replicates the test which has applied in the Australian competition rules dealing with mergers and exclusive dealing for years and is aligned with international approaches.

Similar claims – that uncertainty would deter discounting – were made about the notorious “Birdsville amendment” to section 46 (an amendment aimed specifically at predatory pricing) some years ago. In the end, no such effect was discernible.

Ironically Harper has recommended that the Birdsville amendment should be repealed. Not because it created uncertainty, but because it was misguided and unnecessary – a result of the politics of big versus small business that plagues competition law and other fields of regulation in this country.

The Birdsville saga is a neat illustration of the most likely outcome of the political compromises that Morrison’s proposed “consultation” necessarily involve. A probable outcome is incoherent and/or unworkable law. There are also often unforeseen spill-over effects.

What the reform opponents may not fully appreciate is that if section 46 remains in its current condition, or if an unworkable alternative “option” is introduced, there is every likelihood that the Australian Competition and Consumer Commission (ACCC) will ramp up its enforcement of the prohibition on unconscionability (unfair trading) as a proxy for enforcement of section 46. And, in some respects, this will make the enforcement task easier.

The unconscionability prohibition does not require proof of substantial power in a market, or taking advantage of such power for a proscribed purpose. The “substantial power” and “taking advantage” elements are what have foiled the ACCC’s attempts to punish and deter anti-competitive conduct by powerful firms for years.

What is more, the unconscionability prohibition invokes moral rather than economic judgments about commercial conduct. In the words of judges who have interpreted the provision, the standard is whether the conduct is “against conscience” or contrary to “moral and normative standards, broadly cast”. What could be more uncertain than that?

Under the competition rules, businesses are free to conduct themselves unfairly as long as they are competing. That is seen as in the interests of consumers. Competition is inherently unfair. Under the unconscionability rules, by comparison, the test for liability is in essence about whether the business has acted fairly, ethically even.

Perhaps big business takes comfort in the fact that the penalties for unconscionability (maximum $1.1 million) are lower than for misuse of market power (maximum $10 million or higher if the alternative formulae of 10% of corporate turnover or three times the gain from the contravention, are employed).

But the reputational damage from an unconscionability suit is at least as great. And it is this fall-out, in the eyes of customers and suppliers, that arguably keeps business leaders up at night. The rapid fire settlement by Coles of the unconscionability cases brought against it by the ACCC last year, including a public apology by its CEO, is a case in point.

Aside from the hard-to-avoid conclusion of capture, what the government’s continued dithering and deferral on section 46 reveal is that it failed to foster a constituency for reform in this foreseeably controversial corner before the Harper Review was started or reported on. The only constituency that was garnered was with the small business sector. That is not surprising given that the review was initiated and led by Small Business Minister, Bruce Billson, who has since exited left stage.

However, in the tally of winners and losers from this unfortunate episode in competition law history, it will not just be a story of big business triumphing (yet again) over small. The broader narrative will be one of good politics triumphing over good law.