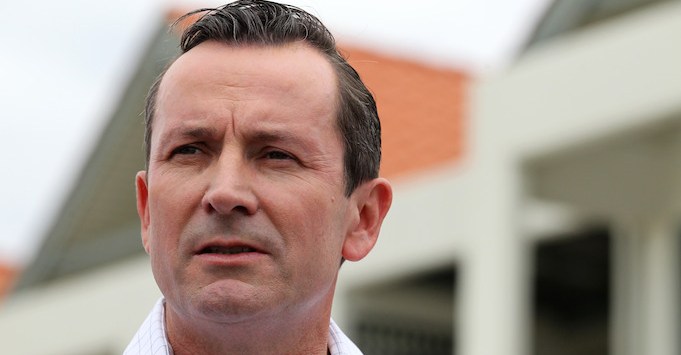 The appointment shows that McGowan’s administration understands how deeply embedded the state’s interests are in the Asian neighbourhood. Some of WA’s strongest economic and cultural advantages come from its proximity to Southeast Asia. The large multinationals headquartered in Perth tend either to have significant operations or be part-owned by companies in the region.

For example, Woodside is a major player in the regional oil and gas industry. The parent company of telecommunications provider Optus is Singapore communications group Singtel. Indonesia is also Western Australia’s largest export market for wheat.

In 2015, a WA Labor Party consultation paper, Asian Engagement: A Case for Whole-of-Government Approach, proposed the post of minister for Asian engagement. The report followed federal Labor’s 2012 White Paper on Australia in the Asian Century and was undertaken by the then shadow minister, Peter Tinley, to help WA Labor envision concrete actions to engage fully with Asia.

The whole-of-government approach has three key areas of emphasis:

Creating the new ministry was the report’s first and top recommendation. Among other things, the minister would focus on promoting WA trade and investment, identify opportunities for Western Australians to work in Asia, help with co-ordination, collaboration, information sharing and knowledge management across areas of Asia expertise and existing engagement activities within government and communities.

And, if the McGowan government follows the report’s recommendations, there will be a refreshing pivot away from China’s dominance of Australia’s engagement in Asia towards the closer neighbourhood of Southeast Asia. This makes good sense because, as the report says:

“… by 2050, the combined economy of the ASEAN countries will be the fourth largest in the world.”

Johnston is an old Indonesia hand and fluent in conversational Indonesian. He has been active in WA-Indonesia activities for many years. He sits on the board of the Balai Bahasa Indonesian teachers’ organisation.

As someone who has always been interested in and active in cross-cultural interactions, Johnston’s appointment is in stark contrast to the previous state Liberal government’s stance towards Indonesia.

In 2014, the government attempted to shut down the WA trade office in Jakarta after 22 years for want, according to then-premier Colin Barnett, of:

“… the level of contact at the most senior level of business or, indeed, within the political system in Jakarta.”

If not for industry consultation and passionate parliamentary discussion, the state would no longer have a trade office in Southeast Asia’s largest country.

McGowan can confidently put his ideas into action after Labor’s landslide victory in the March 11 state election.

The 16% swing against the Liberals was attributed to their unpopular alliance with Pauline Hanson’s One Nation and concerns about the two-term government’s management of the economy and major projects.

Labor now holds 41 of 59 seats in the WA parliament.

A positive shift towards diversity

To properly engage with the state’s neighbours requires Western Australians to have a better grasp of their own backyard. WA Labor has set off on the right foot by appointing Ben Wyatt as treasurer. Wyatt, a member of the Gidja tribe in Western Australia, has been shadow treasurer since 2008.

He won the cosmopolitan seat of Victoria Park by a huge margin, having held it since the Labor premier, Geoff Gallop, retired in 2006. Wyatt is capable, experienced and committed.

With one of the heaviest portfolios, combining the roles of treasurer, finance, energy and Aboriginal affairs, Wyatt will play a key role in government. His appointment heralds an important shift in challenging how Aboriginal people are perceived as economic managers within Australian colonial-settler society. The perception of Aboriginal people as less-than-competent managers continues to undermine Aboriginal land and cultural claims.

The McGowan government has shown it is prepared to adopt a more diverse, inclusive and culturally sensitive approach at home and abroad. Perhaps conversations with the neighbours will get beyond “boats, beef and Bali”, as Indonesia’s ambassador to Australia, Nadjib Riphat Kesoema, lamented at a forum in Perth last year.

In McGowan’s “cabinet for the times” lies hope that we will collectively revive the relationship with Asia that Northern Territory Senator Malarndirri McCarthy described in her 2016 maiden parliamentary speech, where:

“… cultural exchange both amongst clan groups within Australia and with people outside Australia was a natural part of life well before Captain Cook arrived in 1788.

There was already a thriving economic foreign trade occurring between Australia and with countries to our north. It is Aboriginal people who were the diplomats with foreign countries, the trading partners who shared knowledge and exchanged agriculture and marine sources of food and tools in the form of harpoons for hunting and knowledge of carving canoes to set sail in the unpredictable wet season seas.”