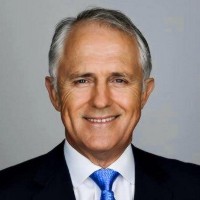 Australia now has a minister for innovation, following the swearing-in of Malcolm Turnbull’s cabinet this morning.

Turnbull has indicated his willingness to have more women into senior roles, with the new cabinet reflecting this.

However, a number of high-profile Abbott supporters have been moved on in order to make room for the fresh faces.

Here are the winners and losers of Malcolm Turnbull’s cabinet reshuffle.

Former social services minister Scott Morrison has emerged as the most high-profile winner of the Liberal leadership stoush, sailing into the position of treasurer as was widely tipped last week.

However in a surprise move, Victorian MP Kelly O’Dwyer has been given the small business portfolio.

As part of her new role, O’Dwyer will also act as assistant treasurer.

Fellow Victorian Josh Frydenberg will move on from his role as assistant treasurer and will instead be minister for resources, energy and northern Australia.

Christopher Pyne has jumped from the education portfolio, where he was unable to successfully push through the Government’s university fee deregulation legislation, to the innovation and science portfolio.

Queensland MP and Turnbull-backer Wyatt Roy has become the assistant minister for innovation.

WA Senator Michaelia Cash, meanwhile, has been promoted as the minister for employment.

Andrew Robb, who has spent much time and energy recently on negotiating Australia’s free trade agreements, will remain as the minister for trade and investment.

Mathias Cormann, the minister for finance, has also avoided the chopping block.

Former treasurer Joe Hockey will resign from parliament, likely triggering a by-election in his seat of North Sydney.

Hockey has spent a total of 17 years on the Liberal frontbench and was widely tipped to lose his position as treasurer for the way he sold the government’s first budget and a number of high-profile blunders – including commenting that poor people do not drive.

“In each and every ministry from financial services to employment and workplace relations, from small business and tourism to treasurer, I have sought to do my very best for the people of Australia,” Hockey said in a statement.

Bruce Billson’s demotion to the backbench has sent shockwaves through the small business community.

Billson said in a statement he will reflect on the next stage of his political career with his family, but will continue to represent his constituents with all of his “energy and experience”.

Meanwhile, the former minister for employment, Eric Abetz, has been dropped from the ministry and will no longer serve as the government’s leader in the Senate.

The minister for industry and science, Ian Macfarlane, has also been dumped from Cabinet.

“There is an enormous amount of innovation out there, we just need to commercialise it,” Matthews says.

“I am also very pleased Wyatt Roy is in that role now because he has made a point of visiting other countries like Israel and the United States who have been focused on how to commercialise what it developed in their university research centres. He comes with knowledge and enthusiasm.”

Matthews says apart from education, one of the areas she would like the government to tackle is funding and tax relief for high-growth businesses and the people who help them get off the ground.

“You need a smorgasbord of money for different times,” she says.

Meanwhile, serial entrepreneur and Shark Tank investor Steve Baxter said in a statement it is good to see Turnbull follow-through with his promise to tackle innovation at a government level.

“[Wyatt] Roy has been an important bridge between the startup community and the federal government this year,” Baxter said.

“It’s clear that he understands the startup ecosystem and what needs to be done to support it.”

“The real key now is to make sure we see the development and implementation of a consistent national innovation policy that provides strong support for the innovation and startup community,” Baxter added.