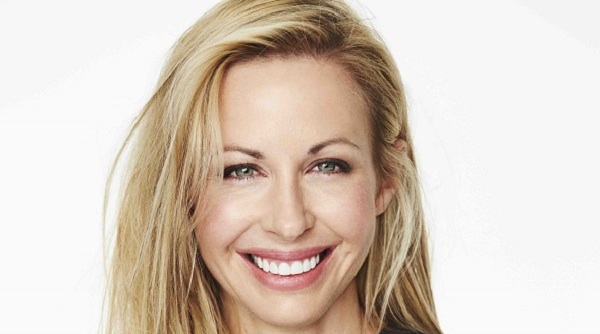 Christie Whitehill’s pre-Tinder dating app was once well on its way to success: She’d raised capital, partnered with major media brands and thought she had everything ready to go to change the world of dating.

Still, the app never took off.

The experience – a business fail, as she openly calls it – didn’t turn her off a career in tech and entrepreneurship. Rather, it taught her that she didn’t know how to validate a business idea, and that could be an opportunity to help other founders.

Christie went on to found Hatching Lab, an app development and innovation agency. She’s also the creator of the Tech Ready Program, a short course for female tech founders starting in June, and a co-founder of content platform Poppy Renegade.

Speaking to Georgie Dent and I recently on the Work It Out podcast, Christie shared more on her experiences building business, managing work with a new baby, and how she’s handled a significant career transformation in the past six years.

Now a prominent woman in tech herself, Christie admits she’s come a long way for someone who almost failed high school maths and never had early ambitions to pursue a tech career. She recalled working at Fishburners (a Sydney incubator) and often being the only woman in the room, and feeling stupid if she put her hand up to ask a question. “I didn’t have a tech background and I had never started a business, [and I was] in a roomful of men I thought knew more than me,” she says. “Creating a business in a lonely experience as it is, but being a female in tech is even harder.”

Christie took action by upskilling. She researched what she could online, attended workshops, raised capital and completed courses in finance. She says sometimes her husband now asks, “who is this woman?”

Her Tech Ready Program is her way of working with women who want to start a tech business but have no idea where to start, or those who’ve gotten trapped or lost money in the process of creating their vision.  “I wanted to create a program that helped upskill women on how tech works, on how to validate an idea, and how to turn that idea into  a product that’s valid,” she says. “We teach the terminology and the jargon, because really that’s all it is.”

The new mother also told Georgie and I how she took maternity leave while managing a growing business, noting an equal partnership at home made it happen.

“My partner runs his own company as well, we saw having a child as a joint venture, a team effort, we’re both parents and share the responsibility. He spent a lot of time at home in the first few months.”