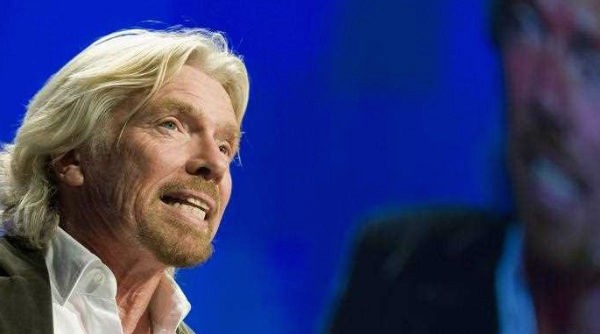 Virgin Group founder Richard Branson has faced the wrath of countless competitors, but despite encountering “the business version of The Godfather”, his secret to success is to keep a focus on future projects.

In an in-depth chat with NPR’s Guy Raz for the How I Built This podcast, Branson reflects on his insanely long list of business ventures—from the launch of Virgin Records in the 1970s, to starting his own airline and trying to topple Coca-Cola with his very own cola brand.

The entrepreneur is well versed in corporate failure, but it was it was the death of a pilot on board a test flight for his Virgin Galactic project that really made Branson stop and think about moving forward with a business project.

“For 12 hours, I wasn’t sure whether it was worth continuing,” Branson tells Raz, saying he was “gutted” by the news and had to reevaluate his goals to send hundreds of people into space.

In the immediate aftermath, Branson “talked to all of our staff, met the relatives, and dealt head on with the press,” he says. It was a period of slowdown, according to the entrepreneur, who says he now no longer gets ahead of himself by putting a date on when they’ll finally make it into space.

“You have to learn from it to make sure it never happens again,” he says.

The Galactic project experience is just one Branson’s numerous attempts to start companies after personally facing frustrations with products and then trying to deliver services better himself. In the podcast, he and Raz discuss how he chooses a winning idea in the first place—and how he knows when it’s time to fold a business.

“Only go into businesses where you’re palpably better than the competition,” he says when reflecting on a big lesson from the Virgin Cola project, which saw the soft drink alternative eventually crushed by the power Coca-Cola.

And how does he deal with the pain of shutting down ideas he feels passionate about? By moving on to new, shiny projects.

“By then, I’d already moved onto new challenges,” he says when discussing how Virgin Cola fell prey to Coke’s business prowess.

“The moment I realise it’s not going to succeed, I will have forgotten about it.”

Listen to the full “How I Built This” episode here.

“Only go into businesses we’re your palpably better than the competition,”
Did he really say that???
I don’t think so.