Sportswear manufacturer BLK in receivership – what now for contracts with footy clubs? 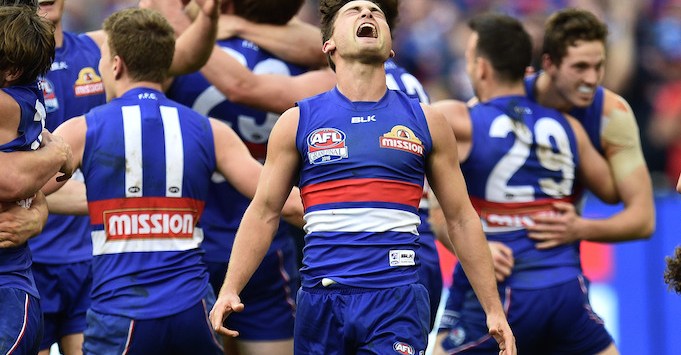 A sportswear manufacturer and retailer that has contracts with six AFL clubs is in receivership after entering into voluntary administration this week.

BLK Sport has contracts with the Richmond, Adelaide, Brisbane, Gold Coast, and Greater Western Sydney football clubs, and had recently signed a deal with St Kilda for 2017, reports Fairfax. Administrators were appointed to the manufacturer’s parent company, World Rugby Specialists, on Monday, and the company was placed in receivership on Tuesday.

The company had a number of other contracts with prominent sporting clubs, including netball team the Silver Ferns, and Rugby League team the Gold Coast Titans.

The AFL has said in a statement that it is “aware” that receivers have been appointed to BLK and the league is in the process of determining the impact the collapse will have on the clubs.

“Our commercial / licensing departments are in the process of gathering as much information as they can from the receivers to understand the implications for those clubs in the competition that have a relationship with the company for 2017,” the AFL said in a statement.

“We are currently undertaking an urgent appraisal of BLK’s operations to determine the best course of action to preserve the value in BLK’s assets,” appointed receiver Jamie Harris said in a statement.

“We will be liaising closely with employees, suppliers, customers and other stakeholders as part of this process.”

Retail expert at Retail Doctor Group Brian Walker told SmartCompany that he believes businesses in this space can have fairly shaky business models.

“With the number of exclusive contracts it held, it seems like a fairly fragile business model. It would have likely seen heavy competitor from main brands like Adidas over time,” Walker says.

“It seems like the pipeline wasn’t particularly wide, and I’m not sure how robust the model was in the first place.”

Other football clubs receive their team wear from a number of other providers, including Adidas, Cotton On Active Range, Adidas, and sportswear manufacturer ISC. It is unknown if any other team wear providers will pursue BLK’s contracts.

Walker believes that the agreements made with the club could have been another reason for the business’ failure, believing that payment terms could have been “competitive”.

“Businesses don’t enter receivership just due to a lack of profit, it’s also a lack of cash flow,” he says.

“You’d need to look at the agreements they structured with the clubs. I would imagine some of the clubs could have placed them in a tender situation. Some of the trading terms may not be equitable or manageable.”

One club that had recently done a deal with BLK was St Kilda, and the club announced on November 9 that it had partnered with the sportswear manufacturer for the 2017 season.

In a statement released today, St Kilda said it was working with BLK to ensure no disruption to supply.

“The club has been working closely with BLK to better ensure no immediate interruption to supply for the team and is confident fans will not face any delays or cancellations due to the news,” the statement reads.

“The Saints will continue to work with the receivers and the AFL to ensure the club obtains all the apparel and merchandise it has ordered in the short-term.”

Walker believes that niche business models such as BLK need to be scalable and “run different lines”, and says that being a niche retailer is “neither good nor bad”.

“The success of these niche operators is always relevant to the niche they operate in and the market demand,” he says.

Walker believes that contingency plans were essential to prevent a collapse in a situation like this.

“With a business model like that, what contingencies does it have? It needs to have other consistent revenue streams, so they should have been looking for them,” he says.

“In the end, it was hostage to its own business model.”

SmartCompany contacted BLK Sport this morning but the company was unable to provide comment.

My soccer club used BLK apparel last season and we didn’t receive all of our product due to the cyclone in Fiji knocking out one of their factories… it resulted in half kitted out teams, an online merchandise store that was never launched and our 3 year contract broken after just 1 year.

A salutary lesson for small businesses supplying goods to sporting organisations. they think they are really big shots, should get the goods for next to nothing and that they feel that they are doing you a favour for ‘advertising’ your product on their chests.

Seriously, business is business and 90% of the time you are better off saying thank you for the offer but I can’t afford to do business with you. Have a good season.

Did the article say they are an Australian team? Don’t think so.

Our Rugby club used them last year. Worst ever. Cant believe they lasted as they did. Good luck to all the clubs who have paid deposits for next years orders and now have to line up behind the banks to get their money back.

A-League, W-League and NYL refs will impacted too apparently http://www.footballaustralia.com.au/article/ffa-announce-blk-refereeing-partnership/1pel5bbl2onjm12iimceih381b