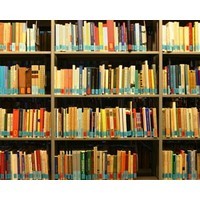 Two of the world’s biggest English-language book publishers, Penguin and Random House, are forming a joint venture. Bertelsmann, the owner of Random House, will have 53% of the venture with Penguin’s owner, Pearson, having 47%. It is not a merger – each company retains certain ‘exclusive’ rights and, as is common with joint ventures, there are a variety of rules to protect each party.

So why are these two publishing giants forming Penguin Random House (PRH)?

The reasoning is simple. The book industry is going through a period of change driven by the internet and electronic delivery. Like the music and newspaper industries before it, traditional business models in book publishing are failing, and established publishers are desperately seeking a sustainable way forward.

This rationale is clear from the press release. Together, the two publishers “will have a stronger platform and greater resources to invest in rich content, new digital publishing models and high-growth emerging markets”. But does it make sense, or is this simply a last gasp from dying businesses?

Unlike recorded music and newspapers, book publishers have been reasonably successful in the internet age. The internet has created new ways to ‘sell books’. The original internet retailing model, pioneered by Amazon, involved the physical delivery of books around the world. It undermined the ability of publishers to set different prices in different countries, but at least people still bought books.

The second internet model, the delivery of e-books, has had a bigger impact on physical book sales. However, selling e-books rather than physical books has probably been positive to publishers’ profits. The marginal cost of producing and distributing an e-book is close to zero, so both prices and costs have fallen. Ease of access has broadened the book market. So why aren’t the publishers smiling all the way to the bank?

Which brings us to the second problem: e-publishing. Apple has dipped its toes into the water with iBooks Author, but others will aggressively follow. And if authors can work directly with the suppliers of e-book hardware, like the Kindle (Amazon) and iPad (Apple), then the publishers are redundant. This is why the publishers are scrambling for new business models, like the PRH joint venture. They are trying to work out a business model in a world where authors, readers, and hardware providers do not need them.