A lesson on impatience from rural Queensland 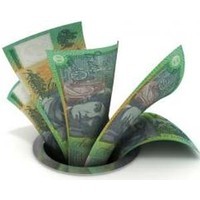 Concrete at $400 a cubic metre in southern Queensland’s coal seam gas fields should be a destructive boom alert for senior resources management and investors.

As should auction prices for second-hand milk tankers exceeding new tanker prices ($80,000 versus $78,000) for use as water tankers on the dusty drilling sites.

These are heightened signs this week, despite all the warnings of cost blowouts on these multi-billion-dollar projects, that ego is still ruling in the resources leadership suite.

Quite frankly, if local businesses from the dusty towns of Dalby to Roma, far from the swanky suites of highrise Brisbane, Sydney, Shanghai and London, can command a price for concrete three times our capital city price and twice usual provincial prices, good luck to wily local business leaders.

But why are the leadership suites allowing ego to drive this ridiculous and ultimately destructive price spiral in input costs?

Surely the pitiful lessons on the eastern coalfields and western iron ore fields over the past five years shows the ultimate value destruction when big egos decide to race to the finish on major projects.

About $30 billion of gas processing trains are being built for two rivals and another is about to start, which causes some competition for the gas in the field, with 40,000 wells needed over three years.

But the signs are of hyper-competition between leadership suites, as evidenced by increasingly frenetic activity by operational managers in the field.

Signs are the gas train suppliers are trying to juggle resources to ease pressures at Gladstone, driven by more internationally-focused suppliers who have been through resources rushes too many times before, globally. But that is not the case out on the coal seam gas fields, run by Australian leaders.

There is no sign of cool, calm leadership that slows the pace a tad to ease off pressure cooker price spirals in southern Queensland.

Has a matrix been developed to show the impact on input prices if one consortium dropped back six months versus export delays costs? In most cases the competition is two – sometimes three – players, for effectively one or less than two items of supply.

All three players in the market result in double the price-bidding fury where ego rules as much in multi-million to billion-dollar mining contracts as it can do in Saturday morning house auctions or the Tuesday cattle market.

If one player drops out, even temporarily, price drops back somewhere near – and sometimes below – reality.

And that on decades-long assets, the real value-creating leader is the one not first to finish, but who delivers the long-term cost advantage for sustainable superior return on assets.

Do they teach this basic tactic of pricing psychology and of profitability as the best measure of management at leadership school?

Not by the evidence on the ground of the gas drilling badlands of southern Queensland.