Out of touch with external trends: a reflection on Ansett 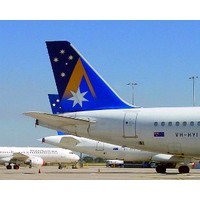 When communicating on the topic of strategy it is nearly always necessary to clarify each situation with an example or case study. The problem with this is that the context of the example being used is nearly always one of success; rarely one of failure. How much more can we take out of Steve Jobs and Apple, for example?

Now, more than 10 years since the failure of Ansett (renowned as being one of Australia’s biggest corporate collapses) the opportunity for learning is significant. There has been a lot of time for reflection and openness about what really happened, as opposed to blame.

Robert Gottliebsen appears to have hit the nail on the head quite early (September 26, 2001) with his observation in The Australian: “Ansett’s sins were many. It had work practices that reflected poor management, too many aircraft types, a seat configuration in aircraft that did not maximise returns, a shareholder that would have been better off running a country pub (my apologies to country publicans) and it was loaded with borrowings from bankers who had never checked the calibre of the management.”

This sentiment was confirmed later by CEO of the day Sir Rod Eddington, who described Ansett simply as “a great airline, but a poor business”.

As recently as last year, Andrew Jefferies, a former Ansett employee now general manager of the Tourism Industry Council NSW, reflected that: “Ansett suffered from the industry’s highest employee cost base, inflexible trade unions, a Noah’s Ark fleet and a divisive and shambolic board and management.”

From a strategy practitioner’s perspective, Ansett can be seen to have been in a ‘strategic drift’.

What is strategic drift?

A strategic drift arises when a company responds far too slowly to changes in the external environment and continues with that strategy, even when the company is obviously becoming increasingly out of touch with external trends.

Just as low-cost airlines globally (and locally with Virgin) were emerging, Ansett seems to have been oblivious to the consequences. Jefferies commented that, at the time of its greatest threat, “a former CEO wanted to include gold-plated ashtrays in the new Airbuses”.

There are four phases of strategic drift, which I have charted here with Ansett as the example.

The four phases of strategic drift: