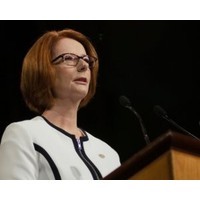 Prime Minister Julia Gillard’s five-day visit to Australia’s largest trading partner, China, may be only half done, but it hasn’t been short of policy announcements. Here are the three that could impact your business:

Prime Minister Gillard will tomorrow announce the much-anticipated direct currency-conversion deal between the Australian dollar and the Chinese yuan.

Flagging the announcement today, Gillard said ANZ and Westpac will be the two Australian banks licensed to make the market for the currency in China, according to the ABC.

“This is a huge advantage for Australia not only for our big businesses, but also for our small and medium enterprises that want to do business [in China],” Gillard reportedly said.

The Export Council of Australia’s Peter Mace told LeadingCompany last week that the direct currency conversion is “a big deal”.

Direct currency-conversion between the dollar and the yuan is likely to make things slightly cheaper for Australian businesses selling to China, and Chinese consumers buying from Australia. There are two reasons for this. Firstly, converting to the American dollar before converting to either currency means paying a higher conversion fee, and secondly, it exposes the people doing the converting to exchange rate risks, which cost money to hedge against.

To cover this exchange-rate risk, Chinese buyers expect a 3-5% discount for goods priced in Australian dollars, according to a recent survey by HSBC. Direct conversion to the yuan makes it easier for Australian companies to price in that currency, and so they could potentially sell goods at higher prices as a result.

“Other countries are looking at it as well, so we’ve got to be on the bandwagon… If your competition is willing to price in all the currencies – you would be at a disadvantage to not have yuan in your pricing mix,” Mace said.

Australia is the third-country, after America and Japan, to have direct currency-convertibility with the yuan.

This is welcome news for all those who rely on Chinese tourists. Prime Minister Gillard this morning announced the government will in late 2014 undertake a major tourism push to sell Australia as a tourism destination to Chinese consumers. The ‘G’Day China’ tourism promotion campaign is based on the G’Day USA campaign, which celebrated its 10-year anniversary earlier this year.

Andrew McEvoy, the managing director of government tourism body Tourism Australia, said the agency was “very excited” about the campaign.

“The concept has worked well for Australian tourism in America, with G’Day USA, and makes a lot of sense when you consider that China is now our fastest growing and most valuable inbound tourism market,” he said.

McEvoy added that there was already a lot of interest in China about Australia as a holiday destination which was worth capitalising on.

The campaign will make use of high-profile Australian celebrities along with a series of events such as contemporary performing and visual arts, a gala dinner in Shanghai, and meetings with potential Chinese investors, according to wire agencies.

Over half a million (625,000) Chinese visited Australia in 2012, a 16% bump on the previous year. Given China’s economy has grown by 18% since the Prime Minister last visited in April 2011, as she pointed out in an interview last week, the Australian government is angling for some of that growth to go towards overseas holidays here.

3. A trade fair in Shanghai but no word on free trade

Also in the second half of next year, the government plans to host a trade fair in Shanghai.

However, there’s been little word on the free trade deal with China, which has been under negotiation for eight years.

The Prime Minister also had time over the weekend to pop into the Boao Forum, a yearly gathering of business leaders from Asia that this year featured 11 of Australia’s highest profile corporate chiefs, along with plenty of their Chinese counterparts.

Tomorrow, Gillard departs Shanghai for Beijing. She is in China until Wednesday.