AMANDA’S BIG ISSUE: How aggressively should I grow? 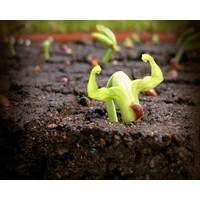 My big problem for the month was to make a decision on how aggressively we should grow in this uncertain environment?

My company Private Media (publisher of LeadingCompany) has big growth plans. As I prepared the plan for my board, my antenna was spinning wildly.

What’s the state of the advertising market, the readership figures, the world economy, the Australian economy? Just how fast should we expand? What do I green light this financial year?

Because no matter how many scenarios, risk assessments and spreadsheets I do, at the end of the day it still gets down to that moment of decision: that point where you have weighed up all the evidence and you make the call.

If I listened to the pundits I would slam on the brakes. On the big-picture level Europe is in the poo, the sharemarket is shaky and there is more talk of double dips than at the Royal Melbourne Show.

Leafing through responses to the Smart50 awards for a bit of inspiration, I was perturbed to see a sense of caution among Australia’s best entrepreneurs.

If anyone was going to be aggressively expanding it was our Smart50 entrepreneurs but their plans for the year are for organic growth funded out of cash flow, with the focus on building internal capabilities and structures as well as paying huge attention to staff.

Not many were thumping their chests and talking of wrestling competitors to the ground as they had done in the good old days.

So the days crept by and I still lacked the guts to reach the go point. What finally got me over the line? A few things.

First was a conversation with a mate of mine who had successfully built a number of large companies.

When I outlined our plan to him he laughed. “That’s not a plan,” he said. “That’s a lot of small plans that can be easily scaled up or scaled back depending on how quickly they work.”

That struck a nerve. How safe is that?

The second was one of our Smart50 entrepreneurs who explained to me that when he was having trouble getting his aggressive plan past his board he reworked it.

He turned it from a short document that outlined growth strategy focused on new products and instead put the emphasis back on the demand from the marketplace and the strengths and capabilities of the staff.

“I focused on capabilities and capacities and showed we could build and dismantle new products at high speed – a bit like assembling a pop-up like retail store and then killing it when it had outlived its purpose,” he said.

I then read a great piece in the August edition of Harvard Business Review called Adaptability: The New Competitive Advantage which pointed out that traditional approaches to growth and strategy had changed due to three things: globalisation, new technology and demand for more transparency.

It said there had always been an assumption that the aim of any strategy was to build competitive advantage by establishing a clever market position in an attractive niche, or dominant scale, or for focusing on what the company does well.

Companies then do strategy reviews and set their direction and organisational structure based on the analysis on the industry and the way the company will evolve.

But over the past 30 years a lot has changed, upending many of those assumptions.

For example, there was once a strong correlation between profitability and industry share. That is now almost nonexistent in some industries, with the probability that the market share leader is also the leader of profitability declining from 34% in 1950 to 7% in 2007.

Secondly, since 1980 the volatility of business operating margins – largely static since the 1950s – more than doubled so has the size of the gap between winners (companies with high operating costs) and losers (those with lower costs.)

And finally, market leadership is more precarious, with more turmoil. The percentage of companies falling out of the top three rankings in their industry increased from 2% in 1960 to 14% in 2008.

Competitive advantage no longer relies on positioning and resources. Instead it relies on the ability to read and react to signs of change, experiment rapidly and frequently, motivate employees and partners to put them on the same page and manage interconnected systems of multiple stakeholders.

That sent me back to the drawing board. Rather than doing the BIG strategic plan, I focused on showing market demand, the competitive landscape and our company’s capability.

I showed how adaptable we are at reading the marketplace and reacting fast. I built a plan around taking risk but showing a path for retreat.

By the time I finished the plan didn’t look like a big, aggressive, take-over-the-world document. Instead it looked like a clever, nifty strategy that could duck and weave through any barriers thrown in its path.

And that made me think.

Maybe the Smart50 entrepreneurs I had dismissed as not being aggressive enough were onto something.

Maybe the world had changed and I had just caught up.