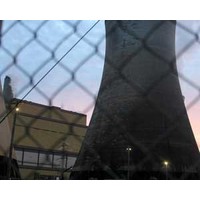 On Monday, anti-coal activist Jonathan Moylan issued a media release purportedly from the ANZ Bank withdrawing a $1.2 billion loan to Whitehaven Coal, which is developing a project in Maules Creek in the Gunnedah Basin.

The hoax wiped $314 million from the value of Whitehaven Coal before the company and ANZ confirmed the hoax, although the share prices recovered after the ruse was revealed.

ASIC has announced that it is investigating whether Moylan has contravened provisions of the Corporations Act by making a false and misleading statement. Whitehaven Coal, of which Nathan Tinkler holds a 19% stake, is also considering taking legal action against the activist.

When asked why he performed the hoax, Moylan said:

“Our primary concern is the impact of this mine on the environment at the end of the day. A lot of people were taken in by it, but when you compare the cost of that to the health of our forests and farmlands, it justifies it.”

The longer-term effects of Moylan’s hoax on Whitehaven Coal and the fossil fuel industry more broadly have yet to be seen. It may prove to be no more than a cri de coeur, but it does raise afresh the question of the use of civil disobedience in climate campaigns.

Although highly creative, the Whitehaven deception is not the first such action. In 2008, US environmental activist Tim DeChristopher attended an auction of oil and gas mining leases in Utah and outbid everyone else. When he could not pay the $1.8 million he was arrested and charged with defrauding the federal government. In July 2011 he was sentenced to two years in jail.

The Utah land auction was eventually abandoned by the Interior Department and a federal judge ruled that the administration of the sale was improper. DeChristopher’s action had the desired effect.

To environment groups it’s been apparent for some years that the traditional methods of campaigning have been woefully inadequate in securing a political response anywhere nearly proportionate to the threat posed by global warming. Organisations such as Greenpeace have been searching in vain for new tactics to raise awareness among a public that does not want to know.

For those open to the implications of the scientific warnings, a sense of despair can take over when they see once again the failure of governments to protect the future wellbeing of their citizens and the extraordinary power fossil fuel corporations exercise over government decisions.

Instead of urgent and far-reaching measures to preserve a livable climate, in the United States massive new fossil fuel reserves have become available through fracking. In Queensland huge new coal fields are being opened up. And in the Arctic a rush is on to exploit the region’s trapped oil reserves, now accessible because, in an awful irony, global warming is melting the ice.

When we put these developments against the harsh warnings of an organisation as conservative as the World Bank — that “we’re on track for a 4°C warmer world marked by extreme heatwaves, declining global food stocks, loss of ecosystems and biodiversity, and life-threatening sea level rise” — the only reasonable conclusion is that the world has gone mad.