Are you doing a ‘Rip Curl’? How to sell at the right time 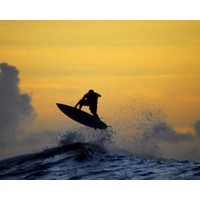 Another iconic surfwear brand is on the market today, according to media reports. Rip Curl, a privately-owned company, has joined its listed rival, Billabong, in looking for a buyer.

Neither company is in an ideal position to get the best price, however – offering a warning for all leading companies to avoid getting into the same position.

Billabong announced a net loss after tax of $275.6 million on revenue of $1.55 billion, which was down 7.9% in its year-end report to the market last month. Two private equity companies, Bain Capital and TGP, are circling it, as new CEO Launa Inman starts to implement her strategic overhaul.

Rip Curl’s profit has halved in recent years, according to The Australian Financial Review. In the 2010-11 financial year, the company’s net profit was $7.9 million, down from $15.5 million the previous year (2009-10).

Rip Curl’s revenue also fell 8% to $362.4 million in 2010-11 (the most recent year the private company has reported to the regulator, the Australian Securities and Investments Commission), the paper reports. Documents related to the sale, being managed by Bank of America Merrill Lynch, estimate 2011-12 sales at $400 million.

The mistakes made by Rip Curl’s board and management are typical of many private companies, experts tell LeadingCompany today. Which of them can be avoided by other leading companies?

A board dominated by shareholders

Rip Curl’s board is dominated by shareholders, including the original founders Doug Warbrick and Brian Singer, who together own 72% of the company.

Warbrick and Singer started the company in the small coastal town of Torquay in 1969, initially making surfboards, then wetsuits, and then an entire range of surfwear and surf products.

The chair of the board is Ahmed Fahour, the chief executive of Australia Post. He owns just 2% of Rip Curl. The remaining director, Francios Payot, founded Rip Curl Europe and owns 16% of the company.

The remainder of the company is owned by other management, the paper reports.

The dominance of founder/shareholders means the board lacks an independent viewpoint.