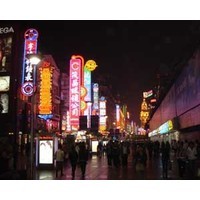 The enormous population in China (one billion people) is seductive for Australian companies used to a market of 23 million. That alluring market opportunity inspired Next Digital, an Australia digital marketing provider, to open an office in Shanghai six years ago, chief executive Andrew Burke says.

“We were very ignorant when we first went in,” Burke says. “We had undertaken a little research and found a gap with agencies similar to ours: a mid-sized business looking for mid-sized customers.” Next Digital, which employs 173 staff and had revenue of $19 million in 2010-11, builds websites and customised apps, and consults on digital markets and social media.

The approach the company took to opening in the market was a cautious and unusual one: setting up an operation to service its Australian customers first before broaching customers in Shanghai.

“We were still growing in Australia, despite the competition,” says Burke, who was director of client services when the China office started – a pivotal role in the entry strategy. “What we do is quite complex. I wanted to ensure that we didn’t blow ourselves up by trying to take on more work than we could handle. The China office added significant complexity to our operations. I was conscious of the numbers involved in the deals we could do in China, and the trouble we could get ourselves into. I wanted to be sure we had our nuts and bolts right, to build our confidence.”

It also allowed the company to reduce its development costs and improve profits.

At the time, Next Digital had 120 staff in Australia. Burke sent two staff to start the Chinese office: one, an Australian, and another, a Shanghai native keen to return home after studying here. On the ground, they contacted Australian agencies such as Austrade and the Australian Chamber of Commerce and Industry, who helped them develop their business and marketing plan. Their goal: 20 to 30 staff in the Shanghai office within two years.

Before long, they discovered it was worth paying the extra salary for fluent English speakers. Burke says another discovery helped smooth the company’s growth: the Shanghai office was more harmonious when all the staff came from Shanghai, and not from other regions, Burke says. “There is a misconception that China is one, but it is made up of many cultures and regions. Shanghai is different from Beijing, for example.” Burke says some differences are subtle, and some “vast”, and all can have an impact on staff harmony.

Mastering these lessons, Next Digital created a stable workforce of 20 in its Shanghai office over the first four years. The next issue was communication and supervision, Burke says.

It was also a bigger task than Next Digital expected. As well as introducing a range of templates for client briefs and technical specifications, the company had to triple its travel budget, sending Australians to liaise with the Chinese staff, especially at the start of new jobs, or when taking on new clients.

Adding new layer of management in the home office – in communication and production management – helped solve the issues.

Burke has protected the company’s intellectual property – a worry for many services companies about working in countries with weak IP laws – as a staff management issue. He says: “We undertake specific employment programs, explaining that everyone is contracted not to share ideas, but with technology there is always a risk. So we care for and foster our staff so they understand they are part of a family. We see ourselves as one office.”

The opportunity to travel proved an attraction for staff in both offices. Chinese staff saw a trip to Australia as a reward, and Burke found it improved workflow and communication. Similarly, plenty of Australian staff put their hands up for a trip to China. These days, Burke always has at least one member of the Australian team in the Shanghai office. He travels there four times a year.

With the problems addressed, staff numbers grew quickly, reaching 70 in China, and 103 in Australia today. Some Australian staff were retrenched in the global financial crisis, however the roles retained in Australia are more senior, while the growth in general technical staff has been in the China office.

A year ago, Burke decided the company was ready for its first big client, but instead of choosing a Chinese company, he opted for the Chinese operations of Danish footwear company, Ecco. “This is a great example of the type of customer we are looking to work with; a multinational keen to establish operations in China,” he says. “We think we know more about those businesses. There is a complexity and nuance in dealing with Chinese businesses. It is a purely pragmatic stance.”

Burke says the top lessons from Next Digital’s experience are:

•             Employ staff from the local region, with fluent English, for a harmonious working team

•             Be disciplined about budgets and expenses. The size of the opportunity makes it easy to overspend

•             Allow time and money to create the systems and culture for good communication.

Work from the Chinese market made up less than 10% of revenue last year, but in the next two years, Burke hopes to double that to 20% of revenue. “There is endless opportunity there, and it is on a huge scale, moving at a rapid pace.”