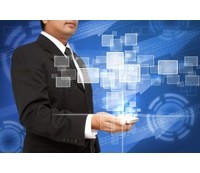 Half of Australia’s largest companies say they’re using social media, but they’re not on the networks most Australians use.

And when they do use social media, they’re far more comfortable broadcasting their views rather than engaging with their customers.

That’s the finding of a survey of the ASX100 – Australia’s 100 largest companies by market capitalisation – released today by online marketing agency Web Profits. It found 53% of the ASX100 made use of Twitter for corporate purposes, while only 27% had a Facebook page. Less than a quarter used both.

Paul Sprokkreeff, the managing director of Web Profits, thinks large companies are choosing Twitter over Facebook in an attempt to ‘hide’ their output.

“It suggests that Twitter is seen as a safer option. If someone says something negative about a company on Twitter, because of the multitude and frequency of tweets, and the way Twitter is set up, that negative comment isn’t as apparent. Companies feel safer on Twitter.”

Sprokkreeff believes this sense of safety is misplaced, as Twitter’s reach in Australia is growing. “If you want to retweet, it’s just a touch of a button away. It’s quite easy for things to go viral.”

Of the 26 ASX100 companies which do use Facebook, many do not respond promptly to comments or criticisms.

This includes some of the most popular Facebook pages, like those managed by Coca-Cola Amatil, Woolworths, JB Hi-Fi and Telstra. All four had more than 340,000 Facebook ‘fans’, but none had responded to any of the last 10 posts left by customers on their pages.

Many of these posts were cynical or negative about the company, or contained questions. A lack of response by the company is likely to only breed cynicism, Sprokkreeff says.

“In today’s world, the consumer has a loud voice. And there’s a lot of active cynicism there. But there are also passive customers, who won’t complain, but who will monitor the websites of these companies.

“If they read about negative experiences, that cements their cynical viewpoint of the brand. But if they can see the company engaging, perhaps leaving a happy customer, but at least showing that they care, that shows the company in a much better light.”

“These are the bastions of corporate Australia, yet half seem to shun social media altogether…. I hope that they can turn their ways of thinking around. Social media’s here to stay, and it’s an incredible opportunity.”