Australia’s ageing workforce: what businesses can learn from Japan and the US 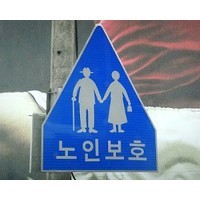 The new federal government has been remarkably silent on the state of the economy since winning office. I suspect most Australian business leaders are now simply relieved that the relentless media reports of an ‘economic crisis’ have ceased, and are thankful that the quotes are now being turned back, both economically and nautically.

In this void of economic discussion, the Productivity Commission has released important research into the impact of ageing on the Australian economy and workforce. The Productivity Commission is projecting that labour productivity growth is likely to average 1.5% from FY2013, and that real disposable income growth is likely to be 1.1% per annum, rather than the 2.7% Australia has managed on average over the last 20 years.

The reasons are related to population demographics, and the fact that while Australia’s population is growing due to our current high immigration levels, it is not growing anywhere near fast enough to slow down the rapid ageing of our population. Health and welfare cost increases are being projected to require an additional 6% of GDP over the next 50 years, purely as a result of this demographic shift.

At the recent annual dinner of the Australian Chamber of Commerce and Industry, Tony Abbott outlined his government’s immediate business priorities, describing his paid maternity leave initiative and 24-7 private childcare as key reforms for improving workplace productivity and overcoming the shrinking workforce.

Tony Abbott opened his speech with his economic vision, saying: “You cannot have strong communities without strong economies to sustain them and you can’t have a strong economy without profitable private businesses.” He later claimed that: “Almost everything this government does is directed towards making doing business easier – because that leads to more jobs, higher wages and greater prosperity.”

In terms of the scale of the workforce supply challenge that Abbott is claiming to address, the Productivity Commission report indicates that in 2012 approximately 14% of Australians are 65+ years old. In 2050, 20% of the population is projected to be 65+.

According to ABS employment figures for August 2013, the average number of hours worked each week by Australians was 40 hours for males and 31 hours for females. These hours are almost identical to the figures from 1990, and have been steady every year in between. It is worth remembering that modern formal childcare arrangements and funding were introduced in 2000, and appear to have had no noticeable effect on hours worked for either females or males.

While the new federal government’s economic policy trajectory is now starting to move beyond three-word soundbites and marketing fluff, it is becoming clearer that deflation and economic stagnation are starting to seriously undermine the economic policy foundations of “small government” trickledown economics in other countries.

Japan has faced many years of deflation and economic stagnation while dealing with the social problems caused by a rapidly ageing workforce. Japan is already experiencing the dire economic scenarios projected by the Productivity Commission for a rapidly ageing Australia.

According to OECD research, the average GDP produced per hour worked in 2012 was US$40 for Japan, US$53 for Australia, and US$62 for America. To put that into context, Germany achieved US$58 and France US$60.

The economic pain in Japan has finally generated a willingness to address structural economic issues, returning ultra-conservative Shinzo Abe as prime minister to carry out sweeping economic reforms. Those reforms have included large rises in the minimum wage, arm-twisting businesses to pay their employees much higher wages instead of hoarding profits, and using quantitative easing and other measures to achieve a huge devaluation of the Yen.

Abe expressed the ‘conservative’ shift in economic policy quite bluntly, saying: “I don’t buy the concept of corporations against individuals. Many people work at companies to make a living. If revenues rise at corporations, they can share it by raising wages.”

The fundamental premise behind Japan’s conservative government policies is simple. Japanese businesses will not hire people or invest when consumer demand is not high enough to generate a return. Higher levels of consumer spending create higher revenues for businesses, and generate more tax revenue to pay down debt and fund government services.

Japan’s situation is particularly interesting because their highly educated workforce has lived with an incredibly low minimum wage for decades, equivalent to roughly AU$8 per hour. Earlier in 2013, even Thailand increased their minimum wage to roughly AU$10.50 per hour. The Japanese minimum wage is so low that citizens can earn significantly more than the minimum wage by simply not working.