Backdoor listings: Yowie by any other name is not so sweet 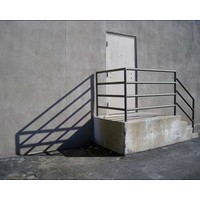 Next week, a new confectionary company will be listed.

The company will be selling Yowie chocolates and various associated merchandise; products which were, at one time, a best-seller for the chocolate company, Cadbury Australia.

What sets apart this listing is that it will be “backdoor”.  Yowie Group is not a new company; it’s the new name of a company that is already listed as GSF Corporation (ASX: GSF).

Backdoor listings drift in and out of fashion as an option for private companies that want to go public. Right now, they are an attractive option for several reasons. The process of listing is a quicker and usually easier one. Rather than having to attract retail investors – who are pretty shy of the stock market at the moment – private companies that want to list have only to convince the directors of a listed company to buy them. It’s a lower bar, and that makes it attractive at times when stock markets are lethargic, as they are today.

Listed in 1999, GSF started life as a seafood company, but quickly went off the rails, with its sales and profits results underperforming its prospectus from the first year. After an attempt to reinvent itself by buying a copper mine in Zambia in 2007, the company has been dormant since 2009, and in a trading halt since July 2010. It became a shell company, listed but not operating.

It’s what is known in the game as a “clean shell”, says Peter Lam, a senior lecturer in accounting at the UTS Business School. “They are basically defunct,” says Lam. “There have very few assets, a little cash, a bit of receivables, and no non-current asset, the trading of the shares has been suspended for a long time. That is a clean shell.”

That is a good thing when it comes to a backdoor listing. “If the shell is clean, you don’t have to worry about injecting the private business into this shell, there is no worry about getting rid of unwanted businesses or assets from the old shell company, nor about any hidden liabilities or potential litigation. Of course you have to do due diligence, but chances are there are fewer things to worry about.”

Why do investors keep shells, rather than cutting their losses and winding up a dead company? Lams says a company is always worth more alive than dead. The small price of keeping the company listed is worth it if a successful new opportunity can be found.

Yowies, back in the day, were a chocolate in the shape of after a mythical creature supposed to lurk in the Australian bush. They came with a toy inside – an Australian or New Zealand native animal or, later, endangered or extinct animals – and became hugely popular. At their height, they achieved annual global sales of $50 million for Cadbury Australia, which introduced them in 1997. But the products were withdrawn by 2005 after Cadbury lost a strange legal battle with Tim the Yowie Man. Cadbury tried to prevent the Canberran, who claims to have seen yowies, from using Yowie in his nickname. Sales were believed to have been falling by this time.