Bank of Qld: Wiping the slate clean with a new CEO 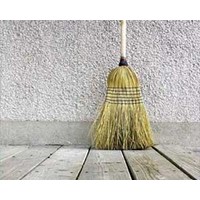 It’s something of a mantra for an incoming chief executive (and governments), and it goes like this:

The Bank of Queensland (ASX: BOQ) ticked all boxes yesterday: its chief executive Stuart Grimshaw pointed out that property prices are plunging, the economy in Queensland deteriorating more than expected, and the BOQ is facing rising bad debts and a $91 million loss for the six months to February 29. The bank began raising $450 million in fresh capital.

Grimshaw is new; he took the top job in November last year.

The bank is expecting a lot of Grimshaw – he fills the cover of the bank’s 2011 annual report, along with the headline: “A new vision. A new era. The next chapter.”

He has a lot of experience: 30 years in financial services including as a director of Suncorp, the CEO of private investment company, Caledonia Investments, and roles in the Commonwealth and National Australia banks.

But is a new chief with new money enough to improve a company’s performance?

The benefits of a new broom

Sometimes, a new chief executive might be all that is needed to improve a company’s performance. But this is only true in 10% of cases, warns Michael Fingland, the group managing director of national business transformation company, Vantage Performance. In another 10%, some fresh capital might be the answer.

“In 80% of cases, however, there needs to be one or two big changes to the business model,” he says.

Kerryn Newton, managing director of Directors Australia, a board consulting and director recruitment company, says a new chief executive brings other benefits. “They will bring a fresh perspective and drive, and potentially a new set of skills and experience.” (Newton declines to comment on specific companies, including the BOQ, in case of conflicts of interest.)

A new chief executive buys a company time; time to change things that are going wrong. The Bank of Queensland’s chairman, Neil Summerson, admits the past three years have “undoubtedly been the most challenging” he has seen in his 15 years on the board.

The BOQ’s former CEO, David Liddy, had been in the role for 10 years. The bank’s strategy has been to “focus on distribution and differentiate through excellent customer service”, according to a shareholder presentation. In a world with rising cost of capital, that is not enough.

The board is clear that it wants a new strategy but hasn’t spelled out the new direction.

That is a good position for an incoming CEO, Fingland says. “A new CEO will want to stamp their authority on the strategy, conduct their own strategic review, and be seen to come up with initiatives. It’s all a game of confidence.”

When boards set a new strategic direction, that is the time to consider a new leader, Newton says. “Boards have two key roles. One is setting the company’s strategy, including defining objectives and monitoring performance. The other is appointing the chief executive officer,” she says. “If a board is embarking on a new direction, it’s time to consider change.”

The risk is that a new leader and more money can paper over the cracks of bigger problems.

It’s tempting for boards and other stakeholders to hope that small changes are all that is needed, Fingland says. “A change to the business model is harder and raises the stakes of execution. It’s tempting not to dig too deep because stakeholders are worried about what they will uncover, although that is more prevalent in private companies,” he says.

An independent review of operations is one way to check that small changes are not papering over bigger problems, Fingland says. “A third-party strategic review can see without prejudice and report without fear.”

When not to change

Sometimes CEOs should stay put, Newton says – even if the company is changing direction. “It might not be the right response for internal and external reasons. What does it say to staff, to stakeholders? Is it going to be good or bad? Or maybe the CEO hasn’t had enough time to implement a new direction. Boards have to be realistic about that.”

The kinds of questions that shake up a company’s business model, and which are facing many banks and credit unions now, include: