Barnes & Noble, the last big bookshop standing: But for long? 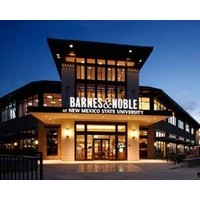 Barnes & Noble had a rough holiday season: Same-store sales fell compared to a year ago and revenue from sales of the Nook tablet stalled. Despite a heavy investment in the Nook business, Barnes & Noble is expected to have a three-year cumulative loss of more than $700 million, according to Barclays Capital – an indication that the bookstore’s multi-front war with online retailer Amazon.com doesn’t seem to be working.

On January 3, Barnes & Noble leadership acknowledged that the firm faces many challenges. The company said its holiday sales for the nine-week period ending December 29 were $1.2 billion, down 10.9% from a year ago. Same-store sales for the period were down 3.1% due to “lower bookstore traffic”. Nook product sales fell 12.6% from a year ago.

Barnes & Noble isn’t alone. Many traditional retailers are struggling against online powerhouse Amazon.com. Best Buy has hatched plans to downsize its stores, focus on installation services and match Amazon’s prices. Target, too, has said it will match prices from Amazon and other select online retailers in 2013. Bricks-and-mortar retailers are battling a phenomenon called “the showrooming effect” – the consumer practice of checking out a product in a retail store and then buying it online at a better price.

“Barnes & Noble and Best Buy are places that are showroomed like crazy,” says Wharton marketing professor Stephen Hoch. Hoch predicts that neither chain is likely to survive Amazon’s assault because the stores don’t have the service levels to stand out. “Go into a Barnes & Noble or a Best Buy and you see big box stores that should know their businesses. What you find out, however, is that employees don’t know their business, and you don’t get great help.”

This means that price-matching schemes are likely to be futile. “These retailers are competing with a crazy man – [Amazon CEO] Jeff Bezos,” adds Hoch, who notes that Amazon is focused on growing revenue, not necessarily profit margins.

Despite the bankruptcy of chief competitor Borders in 2011, Barnes & Noble has struggled to increase sales. It has actively moved to address consumers’ rapid shift from print to digital books and to combat Amazon’s expanding Kindle business. However, Barnes & Noble’s Nook now faces a growing number of competitors in the sector, including Apple’s iPad and iPad Mini and Amazon’s Kindle HD devices, as well as a bevy of tablets based on Google’s Android platform.

The challenge for Barnes & Noble is that it lacks a strong digital content ecosystem relative to Amazon, Apple and Google. Both Apple and Amazon, for example, have invested heavily in video content and digital music distribution. Barnes & Noble historically has focused solely on books.

Meanwhile, Barnes & Noble has primarily relied on its physical stores to market and sell the Nook. As store traffic fell for the three months ended December 31, Nook sales slipped, too. “Barnes & Noble’s results … cast doubt on whether the Nook is key to the company’s future,” notes Daniel Raff, a management professor at Wharton. “It’s an open question whether Barnes & Noble can keep up and make digital vital enough to support the whole.”