Why iiNet wants a bigger slice of your pie 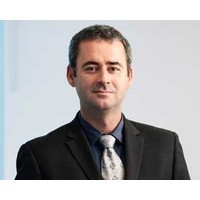 Internet service provider iiNet’s co-founding CEO Michael Malone has had a lot to contend with this year. Two acquisitions, and a High Court challenge to boot. But maybe now’s as good a time as any to breathe easy: the numbers suggest it’s been a good year.

But the future doesn’t lie in doing the same thing. “We’ve done a lot of work to segment our customer base and retrain our service staff,” he said in today’s results briefing. The aim is to drive iiNet’s product per customer ratio up. “In our residential business, we want to get to three products per customer as quickly as we can,” he said. The company is rolling out its mobile offering, and currently offers a range of telecommunications services like cloud services and fixed-line phone plans.

The Internode acquisition was hailed at the time as a good one. Both companies have a similar cultural fit, with iiNet and Internode both tending to cater to the more technologically-minded end of the communications market.

But that doesn’t mean Internode could just slot in seamlessly from the start. Both acquisitions are expected to take some years before their customers and systems are fully integrated into iiNet – at which point it can gain the greatest cost-savings from its growth.

If that wasn’t enough to manage, the telco had to navigate the end of a four-year legal battle that concluded, in iiNet’s favour, in the High Court in April. In 2008, the Australia Federation Against Copyright Theft (AFACT), which represents Hollywood’s biggest movie studios as well as Australian television networks such as Network Seven, filed a lawsuit against iiNet, arguing it had infringed on copyright law by failing to prevent its subscribers from downloading pirated material.

Malone emerged as a champion of internet liberties, going so far as to say the reason people pirated content was because it wasn’t available otherwise. “We urge the Australian film industry to address the growing demand for studio content to be delivered in a timely and cost-effective manner to consumers,” he said this year.

In 2010, a Federal Court judge found in favour of iiNet, saying it wasn’t the responsibility of the ISP to prevent copyright infringements. AFACT appealed, but this year the High Court upheld the original decision.

iiNet was founded in 1993 by Malone and his friend, Michael O’Reilly, after they finished university. They started their business in O’Rielly’s parents’ garage in Perth, and it was the first organisation to offer dial-up internet access to customers in Western Australia.

The company listed in 1999, and introduced broadband a year later. Over the next few years they would complete a number of acquisitions, increasing their reach and their customer base.