Best of the web: Can Whitman bring HP back from the brink? 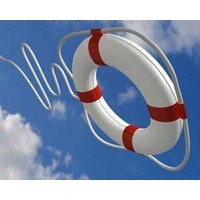 Traditional PC makers have been in a bad way for a while now. With more consumers buying laptops and smartphones, consumers no longer need a new desktop every few years.

That’s meant bad things for HP. The company has suffered one of the harshest corporate downfalls in recent history, and now Meg Whitman – the firm’s fourth chief in two-and-a-half years – is attempting to save the business from disaster.

But as this piece in BusinessWeek explains, it’s going to be tough.

Whitman’s had a few tough years. A failed $150 million campaign for the California governorship included a public squabble with a former housekeeper.

“Running for political office was the hardest thing I have ever done,” she told BusinessWeek. “When things seem challenging here, I go back to that.”

But can Whitman save HP? In the past couple of years, the company has lost 70% of its value – a cool $US68 billion.

So how long will it take to change the company?

This piece is an excellent look into what caused HP to fall so fast, and Whitman’s personal style. The company was one of the earliest darlings of Silicon Valley, complete with a casual and playful office environment.

The story chronicles a steep downfall. Chief executive Mark Hurd had built the company into the largest tech business in the world – it counted $US126 billion in sales in 2010.

He resigned after being accused of sexual harassment – but not without some counsel from Apple chief Steve Jobs, who said that a healthy HP was important to Silicon Valley. The piece reveals that Hurd’s successors tended to blame him for bad decisions.

Now, Whitman is trying to change all that. One of her first steps was to take executives out of their office and place them in cubicles.

“We are a Marriott company, not the Four Seasons,” she told a meeting of executives.

There are plenty of people telling Whitman what to do, including break the company into several pieces. But she’s confident the business can succeed on its own terms.

“We’ll see how it turns out…my view is that it will be one of the great comeback stories in American business.”

How Facebook plans to beat Google at its own game

This week has been a significant one for Facebook. The social network announced a new search product that allows users to trawl through the huge amounts of data in their network.

The possibilities are endless. But analysts have rightly latched on to the fact this could give Google a run for its money. If users are searching Facebook for places to eat, and things to do, Google could see a big dent in its user base.