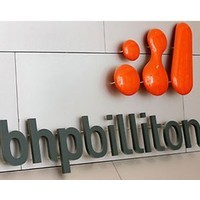 In its August note on monetary policy, the RBA made an important admission.

“It is possible that the persistently high level of the exchange rate may be more contractionary for the economy than historical relationships suggest,” it said.

The statement understandably caught the eye of analysts and journalists. The RBA has been under pressure from a range of quarters to intervene or just do anything to lower the value of the dollar. Australia’s exchange rate has in recent months been 50% above its long-term, post-float average.

This is causing an unmistakable – and some argue desirable – restructuring of our economy. Many of Australia’s largest and most iconic companies are suffering as a result.

A floating currency like Australia’s is meant to act as an automatic stabiliser for the economy. When things are booming, high interest rates, investment and exports mean demand for our currency goes up, leading to a higher dollar. This in turn makes our exports more expensive, lowering runaway growth which can lead to inflationary breakouts.

When the economy is struggling, low interest rates can lead to a low dollar, which in turn makes our exports relatively more attractive to overseas buyers, providing stimulus for our economy.

The logic of a floating currency is what makes recent calls for currency intervention by the likes of former RBA board member and ANU economist Warwick McKibbon so surprising.

Free floating currencies aren’t always optimal, he wrote in the Australian Financial Review. “Whether or not to intervene in the foreign exchange market depends on the shock hitting the economy.” Given the Australian dollar is being boosted by overseas central banks buying it up, it makes sense for the RBA to counteract the effects of this, he argued.

But other economists have hit back.

Former Treasury boss Ken Henry recently told a forum in Melbourne that the sheer size of the interventions needed for the RBA to bring the currency down to a more accommodating level were too large to be feasible.

And anyway, the high dollar is a necessary part of Australia’s economic readjustment to the greatest external shock ever to hit it, he said, a statement echoing the RBA. “The exchange rate has been high for some time; indeed, this is a key part of the significant structural adjustment process that the economy is going through,” it said in its August statement.

But the arguments of economists are often far removed from the everyday realities of business, to whom the costs of the high dollar are unfortunately all too clear.

Here are five companies that have the dollar to thank for at least part of their poor performance.

The miner has shelved its Olympic Dam development, leaving $30 billion in investment and the creation of thousands of jobs in South Australia uncertain.

“You’ve got a very high Australian dollar exchange rate… very high capital costs at this point in time,” BPH CEO Marius Kloppers said yesterday. “If you build something while those conditions are in place you effectively lock in the economics of the project in an unfavourable way.”

The nation’s largest cattle exporter is fighting to keep its margins up. AACo has managed to boost sales in the first half of this year, but its managing director David Farley is concerned.

“Margins in this business continue to face the challenges of market tightening and the strong Australian dollar,” he said on August 8.

As a large agricultural producer, AACo is better protected from the ravages of our currency than most exporters. It can hedge against a lot others can’t, but is still facing margin squeeze.

Tourists are still coming to Australia, but they’re spending about $100 million less a month when they do, according to recent figures from the ABS. And as for Australians, they’re going overseas.

This should be good news for Qantas, but it’s not that simple. Qantas’ domestic arm is highly profitable while its international operations make a loss. The shift in our touristic habits isn’t doing it any favours.

The high dollar is also hurting Qantas in another way. It’s at least partly responsible for why international airlines are increasing their routes to Australia – increasing the national carrier’s competition.

”There is no other market around the world where those competitors are adding that level of capacity,” Qantas CEO Alan Joyce said in February. “Like the manufacturing sector, our competitiveness has been hit because of the strength of the Australian dollar.”

The high dollar means our manufacturing sector is less attractive price-wise in both domestic and international markets.

For example, ailing clothing maker Pacific Brands has spent $1.1 billion over the past four years closing down factories and distribution centres as it shifts manufacturing overseas. Yesterday, it reported a $450.7 million net loss. The women who spent years grappling with the effects of the high dollar, CEO Sue Morphet, stepped down.

A high dollar should help retailers as it makes it cheaper for them to import goods. But with online shopping helping Australians make instant price comparisons, it’s difficult for retailers to buy cheap and sell more expensively in Australia.

This is a huge problem for big department stores like Myer, who are being cut out of the purchasing equation as customers go directly to suppliers or overseas competitors.

The drop in international tourism is affecting Myer too, CEO Bernie Brookes said in March.

“Also we’ve got fewer tourists visiting here and we’re very reliant on tourists, particularly in our CBD stores, and that doesn’t help us,” he said.