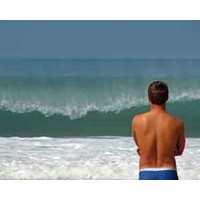 Retail analysts say the latest takeover offer for Billabong from one of the surfwear retailer’s own executives is unlikely to be accepted by the board or shareholders.

Billabong entered a trading halt yesterday after Paul Naude, the head of Billabong’s American division, made a $526 million takeover bid.

It is believed Naude, backed by a consortium of financiers that includes private equity firm Sycamore Partners has offered $1.10 per share in a bid which is likely to further disrupt chief executive Launa Inman’s turnaround plans.

It’s the third takeover bid for Billabong in a year, after founder and major shareholder Gordon Merchant rejected a $3-a-share offer from TPG at the start of the year saying it undervalued the company. Naude stepped aside from the board last month to stitch together the buyout bid.

David Gordon, executive director of corporate advisory at Bentleys Melbourne, says the bid is symptomatic of the “massive restructure” taking place in the surfwear and streetwear category.

“Just in Australia alone in the last couple of years, General Pants sold its surfwear division to Billabong, Ozmosis was bought by Rip Curl which itself is in a sale process, there is an offering for Globeand Pacific Brands is potentially considering a sale of its streetwear brands,” he says.

“The industry is … becoming a mature sector where organic growth is not as easy as it would be in a younger growth sector and it requires a different management approach, strategy and capabilities.”

Gordon says Naude has “quite a good reputation”, but he is offering $170 million less than the purported bid by TPG earlier this year of $695 million.

“That 25% less is indicative of the falling value of the brand and the stop-start situation makes it very difficult for Inman to focus on her transformation plan,” he says.

“Because of the low offer, and because Billabong has not made a statement yet, there is no certainty that this offer will be supported by the board.”

Peter Esho, chief market analyst at City Index Group Sydney, is also pessimistic about the likely success of the offer.

“The board is very unlikely to accept a highly conditional $1.10, given the elimination of debt this year, the promise of a strong earnings turnaround, and recruitment of a well-respected industry leader in Launa Inman,” he says.

“Accepting $1.10 would either imply a huge earnings decline since guidance was last issued or complete capitulation – both unlikely given the elimination of debt this year.”

Esho also warns “long-suffering shareholders” would not be too pleased with Billabong’s board accepting and endorsing an offer of $1.10 in light of the much higher indicated approaches earlier during the year.

“Those who bought the shares at $0.80 might think differently, but a large majority would be hard to convince at current levels,” he says.

Esho notes Naude is not popular with fellow directors after the recent annual general meeting, where he received the highest dissatisfaction rating among fellow directors with 44.65% voting against his re-election.

“Billabong ends the year with no real firm offer on the table, instead, one that the board and shareholders are very unlikely to accept or even take seriously,” he says.

“Naude and his team have probably given away a very good final opportunity to take the business over, as the current $1.10 price tag suggests that his backers aren’t serious enough to make it happen.”

Billabong did not respond to requests for a comment before our publication deadline.

The surfwear retailer is expected to make a statement to the market today.

This piece first appeared on SmartCompany.