Brand retaliation: How to disrupt a disrupter 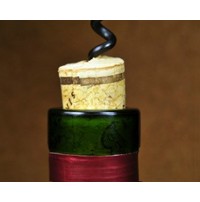 A decade ago, Australia’s Yellow Tail wine label was a marketing juggernaut. The low-budget range of varietal wines produced by Casella Wines in the Riverina district of south-western New South Wales was a branding sensation and took the world by storm, achieving the status of top export wine brand to the US in 2003.

For Yellow Tail’s competitors, the new arrival was a classic disrupter, winning over wine drinkers at the budget end of the bottled wine market and also converting many traditional non-wine drinkers for the first time.

Few wine brands were as challenged by Yellow Tail in the US as the Beringer California Collection, then owned by Australian drinks conglomerate Foster’s through its Foster’s Wine Estates America unit. By 2006, Yellow Tail had come from nowhere to grab a 3.15% market share in the US through grocery channels, and was one of several new brands introduced after 1999 that had achieved a collective market share of 18%.

At the same time, Beringer had been hit by a confluence of adverse factors. There was an oversupply of wine in California just as the cost of production had soared as a result of higher electricity costs. The higher value of the Australian dollar also eroded the profits reported by the Foster’s parent, to the extent that in 2004, for example, the wine division’s profit slumped 21% on the previous year.

In this context, strong new competition from the likes of Yellow Tail was the last thing Beringer needed. So how would they respond to the new threat?

The Beringer response is the subject of a paper, published in Marketing Science, by Ashish Sinha, professor and head of the school of marketing at the Australian School of Business (ASB).

In collaboration with Anna Sahgal, of AS Marketing Associates, and Sharat K. Mathur from Chicago-based marketing consultancy Symphony, Sinha analyses how Beringer mounted a successful response, not by taking the traditional knee- jerk reaction of lowering prices, but by introducing a “flanker” brand, tweaking its channel to market, and also – counter-intuitively – raising the price on its assortment of brands.

“The interesting thing about the Californian wine example is that it is how an incumbent used its own category management to disrupt the disrupter,” Sinha says.

“Usually the wisdom in the literature is that once a disrupter enters a market, then the incumbent can do nothing about it. But the Beringer example shows that if you are being disrupted, it doesn’t mean you can’t do something about it – you do have ways to minimise the impact.

“Beringer had some real issues. They had a problem of falling margins, they were getting hammered by Yellow Tail and it was a perfect storm.”

A key Yellow Tail innovation was to sell its wine through grocery channels, becoming one of the first wine labels to do so. This is commonplace today, but a decade ago it was considered that selling what had been regarded as an upmarket product through supermarkets would diminish the brand equity.

“Beringer had to make some decisions on what to do with their brands,” Sinha says. “Conventional wisdom says that you would lower the price and try to get more customers to buy your product, but they couldn’t do that because they would have ended up digging a much bigger and deeper hole for themselves.

“So they decided on a three-pronged strategy: they raised the price of their brands by as much as 20% rather than reducing it, they introduced a flanker-style brand into their category assortment, and they also decided to go into the grocery distribution channel as well at the same time.”

With this strategy, Beringer was able to hold the line against Yellow Tail. The strategy was implemented in 2008 and increased profitability by 70%, revenue by 3% and earnings before interest and taxes by 8.5%. The same year, Beringer made its debut in sixth place among international wine brands, and played an important role in toppling Yellow Tail’s market-share leadership.

In modelling Beringer’s response, Sinha and his colleagues analysed demand at the level of the stock keeping unit (SKU). Taking approximately 3000 SKU’s across 50 accounts during a two-year period to December 2006, an analysis was done of the assortment mix and the price elasticity of the Beringer products in an effort to understand the impact of price increases, and also the likely response to a flanker brand.

From this analysis came the recommendation to increase prices and to simultaneously introduce a new chardonnay brand. The price increase saw Beringer’s market share fall, but this was compensated by a 0.7% increase in revenues. And a year after its introduction, the Beringer chardonnay line was ranked the number one new brand in the US, based on volume and dollar sales. The introduction of the chardonnay, and new merlot and cabernet sauvignon wines made up for the loss of market share resulting from the price increase.

At the ASB, John Roberts is a professor in the school of marketing and a recently elected fellow of the Academy of the Social Sciences in Australia. Roberts agrees that the Beringer case is a good example of success in fighting disruption, but that it is not always the way things turn out. He sees Beringer’s success as a result of the confluence of their three factors: raising prices, introducing the flanking brand and changing the channels to market.

“But sometimes you can cannibalise your own brand by the success that you have in fighting the disrupter,” Roberts says.

He cites the example of Australian building conglomerate CSR, which was under siege from “guerilla” manufacturers of concrete grabbing market share through competing on price. CSR’s response was to launch a flanking brand called Farley and Lewis as a low-cost competitor to the challenger brands, while still maintaining its premium Readymix brand.

“So Farley and Lewis was too successful in a way. Sure, it drove out the guerilla manufacturers, but it cannibalised the brand it was designed to protect.”

Another example is Qantas airline’s budget carrier Jetstar, which was initially conceived as a way to combat the entrance of budget competitor Virgin Blue in 2000.

“Qantas was sitting above Virgin but Virgin was yapping upwards, but it seems that Jetstar has been so successful that it has become the hero and not the supporting act,” Roberts says. “It’s a very subtle positioning because the new brand has to be strong enough and compelling enough to control the disrupter, but not so successful that it starts to cannibalise the profit margins it was originally designed to protect.”