Bringing science to the art of strategy (part 2) 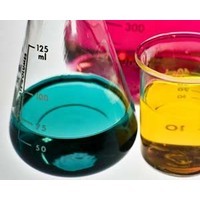 In Part 1, published by LeadingCompany last week, we outlined the first two steps of an approach to strategic planning that adapts the scientific method to the needs of business strategy: moving from issues to choice and generating strategic possibilities. Now let’s look at the rest of the process.

STEP 3: Specify the conditions for success

The purpose of this step is to specify what must be true for each possibility to be a terrific choice. This step is not intended to explore or assess the soundness of the logic behind the various possibilities or to consider data that may or may not support the logic – that comes later.

The importance of this distinction cannot be overstated. When the discussion of a possibility centres on what is true, the person most skeptical about the possibility attacks it vigorously. The originator defends it. Tempers rise, statements become more extreme and relationships are strained. Meanwhile, little of either opponent’s logic is revealed to the other.

If, instead, the dialogue is about what would have to be true, then the skeptic can say, “For me to be confident in this possibility, I would have to know that consumers will embrace this sort of offering.” That is a very different sort of statement from “That will never work!” It helps the proponent understand the skeptic’s reservations and develop the proof to overcome them. It also makes the skeptic specify the exact source of the skepticism rather than issue a blanket denunciation.

STEP 4: Identify the barriers to choice

Now it’s time to cast a critical eye on the conditions. The task is to assess which ones you believe are least likely to hold true. They will define the barriers to choosing that possibility.

Begin by asking group members to imagine that they could buy a guarantee that any particular condition will hold true. To which condition would they apply it? The condition they choose is, by inference, the biggest barrier to choosing the possibility under consideration. The next condition to which they would apply a guarantee is the next-biggest barrier, and so on. The ideal output is an ordered list of barriers to each possibility, two or three of which really worry the group.

Pay close attention to the member who is most skeptical that a given condition will hold true; that person represents the greatest obstacle – and, in the case of a problematic possibility, an extremely valuable obstacle – to the selection and pursuit of the option. Members must be encouraged to raise, not suppress, their concerns.

Once you’ve identified and ordered the key barrier conditions, the group must test each one to see whether it holds true. The test might involve surveying a thousand customers or speaking to a single supplier. It might entail crunching thousands of numbers or avoid any quantifiers at all. The only requirement is that the entire group believe that the test is valid.

The member who is most skeptical about a given condition should take the lead in designing and applying the test for it. This person will typically have the highest standard of proof; if he is satisfied that the condition has passed the test, everyone else will be satisfied.