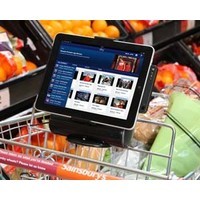 It’s an idea that seems ridiculous: inviting customers to brick and mortar stores to order their goods online.

Why would a consumer want to order products online in a store when they’re already there? Why combine the inconvenience of having to physically find and shop at a retail store with the aggravation of packages being delivered to your house three or five days later?

However, this unorthodox system is slowly gaining popularity through various retailers, who believe it might be the key to pulling the retail sector into the internet age and saving bricks-and-mortar retail stores from obsolescence.

This week surfwear company Billabong announced that it would trial in-store online shopping, making it the latest of a number of Australian stores with similar systems. Many businesses, such as Woolworths and JB Hi-fi, already offer in-store pickup for online orders, however far fewer have tried it in reverse.

Billabong’s new online system will soon be trialled by its head of global retail, Colin Haggerty. It will feature sales assistants using tablet computers to help customers order products, if they cannot find them in store or if they are gifts, which can be delivered to any Billabong store or home address. Billabong could not confirm if the delivery will come at a price.

It’s a very similar system to one in place at Myer. Employees at its new Fountain Gate store are armed with iPads with access to the company’s website. If a customer can’t find what they’re looking for, the sales assistant will help them buy it online. And it will be delivered free of charge.

It’s all part of an approach known as cross-channel or omni-channel retailing, designed to “keep the brand alive, 24/7”, says Brian Walker, CEO of the Retail Doctor Group, a retail advisory service. He says it’s important to keep consumers connected to a brand, especially when they are overwhelmed with choice on the internet.

“Nowadays I go online and I can see the availability of products and that has great ramifications for the industry,” he says.

Retailers are desperate to catch up with their online rivals, which are blitzing their growth. Last month internet sales grew 23%, according to NAB, whereas the industry as a whole has shrunk by nearly 1% in the past five years, according to researcher IBISWorld.

This time, however, online technology is being used to reinforce bricks-and-mortar operations. For example, retailers could cut down the stock in individual stores and potentially need less expensive floor space and staff in stores, cutting costs. At the same time, customers can see a greater range of products, leading to more sales, in theory at least.

But will they go too far? “It’s exactly the question to ask,” says Walker. “Potentially it has that influence because… it allows the retailer to centralise the range of inventory and lessen their inventory in stores and amount of staff required.

“It will have implications for retail in terms of inventory, virtual warehouses, information systems and role of connecting with customers at these various points.”

But Walker thinks this is not the end of the retail’s ground operations. “We think online generally in the next couple of years will get to about 15% of retail sales,” he says.

“When it comes to the experience, physical stores are very important. People are social by nature – we want the tactile experience. So [in-store online shopping] has a place, but it isn’t the centre of it.”

Walker says the move online is further evidence that retailers are starting to use the internet a bit more creatively.

“They’re getting more and more savvy about the way they use online sites. A lot of retailers are using social media communities as important parts of their marketing. It’s really an evolution from connecting with stores to connecting with the brand.”