Case study: Should bonuses be awarded in bad times? 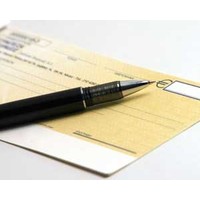 Luisa Fernandez pulled into a parking spot behind one of Superado’s stores in southern Spain, but paused before getting out of the car. This was usually the best part of her week – visiting one of her company’s supermarkets, talking to the store manager, walking through the aisles, watching employees interact with the customers.

She’d been doing it since she was a little girl, tagging along with her father as he grew his business from one small market in central Seville into one of Spain’s largest grocery retailers, with more than 1,000 locations across the country. He’d kept up his site visits for 30 years, even after he’d gotten sick. When Luisa took over as CEO, after his death, she vowed to continue the tradition.

Today, though, she felt uneasy. Jorge Ramos, the manager of the store she was about to tour, had asked her to briefly address the staff, and she knew it would not be the usual cheerful exchange of ideas. Spain was on the verge of a recession, and everyone was worried about money. Someone was bound to ask her whether Superado would pay bonuses this year. And she didn’t yet have an answer.

Is the party over?

The previous night, Luisa had met with Maria Alva, Superado’s vice-president for finance. Preliminary group results for 2008 had revealed a sharp fall in both the number of transactions per store per day and the average value of each. The company had enjoyed steady increases in sales and profits for the past 15 years, but it was now up against the harsh reality of an economic crisis, and it was going to miss its targets.

Maria did not mince words. “You understand what this means, Luisa,” she said. “We can’t pay bonuses this year. Our policy is quite clear: even if the employees have met their individual performance targets and the local stores have met theirs, we give bonuses only if we also meet the company’s growth targets.” She gave Luisa a hard look. “So you’re going to have to make the call: no one gets a bonus this year. Not you, not me, not the store managers, not the cashiers, not anyone.”

Luisa had suspected that this was a possibility, but she wasn’t entirely prepared to take such a drastic step. “I understand the position we’re in, but this is going to come as a huge shock to our employees. You know as well as I do that everyone thinks of the bonuses as part of their salary. They count on them, especially around the holidays.” Superado’s bonuses represented one to two months’ pay for most employees, depending on their length of service, and in a typical year about 90% of people qualified.

Luisa took a deep breath. “I think we need Rodrigo’s perspective on this.” She dialled the extension of Superado’s vice-president of human resources, and he picked up on the first ring. In less than a minute, he had joined them.

Rodrigo Mendoza had worked closely with Luisa’s father, and she valued his advice. She briefed him on the bonus issue. He’d clearly seen it coming.

“Look, the crisis has affected everyone, not just us,” he said. “But we can hardly hold our employees responsible for the poor results. In fact, it’s thanks to their efforts that our numbers aren’t much worse. Sales per employee are almost 20% higher than at other supermarkets.”

“That may be,” Maria replied. “But it doesn’t change the fact that we can’t pay out bonuses of 200 million euros in a year when we’ve made only 220 million euros. What if the recession gets worse? Anything we paid out now would have to be made up next year by raising prices, which would send our customers running to Grandplace or other competitors. That would mean even worse results.” Maria pointed to the stack of financial reports she’d dropped on Luisa’s desk. “We’re talking about the stability of the company here. In the long run, the employees will care more about having a secure job than they will about one year’s bonus.”

She paused. “Of course, we have to recognise that times have changed, and we should lower our performance targets for next year. We could even revise our policy on bonuses so that they reflect performance relative to our peers. But I think a bonus is out of the question for this year.”

Rodrigo looked at Luisa. “Your father always said, ‘You have to give to get.’ If you don’t treat employees well, they won’t work hard for you. We’re competitive because our people go the extra mile for customers. Will they keep doing that if you take away their bonuses? You can’t risk it, especially when times are this tough. Just think about what your father would do.”