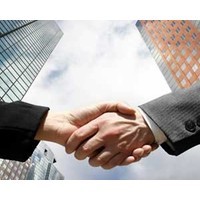 When it comes to Australian private equity, Catalyst is one of the big fish.

The firm has funds in excess of $1 billion under management, and a history of investing in manufacturing and building products, along with the odd consumer goods business.

The value of a company is typically calculated on a multiple of its profits. LeadingCompany understands Catalyst bought RBIA for a figure less than three times its yearly profits (a figure close to $40 million).

At such a price, the purchase isn’t a big risk, remarks media analyst Steve Allen.

“Even if my best friends are in that industry [private equity], I’ve got to say, they’re opportunists,” Allen says.

“They either buy something that people don’t see a lot of value in that they think has greater value – and sometimes that works out – or they buy things in circumstances like those of RBIA.”

RBIA’s former parent company was Reed Elsevier, a multinational publisher in the science, medical, legal and business sectors. That company is stripping itself of its media assets worldwide. It exited the US magazine market in mid-2012, and for months has been clear on its intention to sell its Australian subsidiary.

“In that sense, [RBIA] was on the block,” Allen says. “Its owners made that perfectly clear. Venture capitalists and private equity firms knew this was going to be sold, and they knew it would be sold sooner rather than later. So regardless of how many parties were interested in the sale, they were going to play hardball,” Allen says.

“And anyway, the outlook for companies going from print to digital is pretty cloudy. Future revenues aren’t clear – it’s a difficult patch. Fortunately, Reed have some really key, industry-leading mast-heads.”

Media assets have tended to change hands at such low multiples in recent years. Reed Elsevier sold US entertainment magazine Variety for a reported $US25 million, despite the magazine making estimated revenues of $US30 million and remaining “modestly profitable”.

In America, billionaire investor Warren Buffett has been buying up newspapers with strong local content for similar valuations. He paid an average of four times EBITDA (profit before interest, tax, depreciation and amortisation) for the 63 local papers he bought in mid-2012.

This marks a sharp shift from several years ago, when media assets could still command top dollar from investors. The ill-fated ownership of Nine Network by private equity company, CVC Capital, was secured through a dowry of no less than 10 times its projected profits. In 2005 in America, newspaper companies often sold for values as high as 13 times EBITDA, CNN Money has reported.

Catalyst’s move is also interesting for another reason. Traditionally, the natural buyers of small media companies have been big media companies. With those big media companies distracted by their own bleeding balance sheets, others with money are swooping in. Other recent Australian private equity plays in the media space include Champ’s purchase of outdoor advertising company oOh!media, Quadrant’s purchase of Media Monitors, and APN’s joint venture with Quadrant in APN Outdoor.

This means these opportunistic plays may deliver what the regulators have always wanted: a more diverse media.

“We haven’t seen these venture capitalists in the media space before – I’m not sure what kind of owners they’re going to be,” Allen says. “But early signs are all good.

“We’ll definitely be seeing more of this. All media companies are being shunned by investors. Their share prices are all down.”

With lower valuations, media companies are becoming just the sort of assets private equity can make a profit on. Provided, a few years down the road, there’s anyone else buying.