CBA becomes Australia’s biggest company: What you can learn from the bank’s success 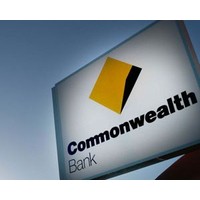 As European Union financiers worried about a bank run, triggered by Cyprus’ moves to tax all deposits to save its two banks, the value of the Commonwealth Bank of Australia eclipsed that of BHP Billiton, the largest mining company in the world. This made CBA Australia’s most valuable company – at least for a day.

The market capitalisation of all our major banks has been soaring for some time. From the pages of news outlets as diverse as the Herald Sun through to The Atlantic, commentators have noted the exceeding strength of Australia’s banks.

The reasons for this are twofold: firstly, our banks didn’t suffer many of the problems plaguing those of Europe and America: and secondly, the strength of our banks is tied up with our economy, which is doing great, compared to many on the global stage.

In August, our banks became more valuable by market capitalisation than all of those in the euro zone. In October, UBS research showed Australia’s banking sector was the world’s third-largest, then with a market capitalisation of $295 billion. By January this year, that had jumped up to $329 billion.

David Ellis, regional head of banking at investment researcher Morningstar, easily reels off a list of reasons our banks are doing so well.

“They’re more secure, they have stronger balance sheets, growing profits, they operate in an economy with strong growth, the Australian government has a triple-A credit rating, house prices are not declining, equity markets are recovering …,” Ellis says.

“There are a whole lot of positives that overseas investors are attracted to.”

Domestic investors are keen on our banks too, Ellis explains.

“CBA has certainly been a very strong contributor, particularly because it’s attractive for investors seeking a lower risk.”

What can other companies take out from this, other than that it’s good to be a dominant bank?

Firstly, it demonstrates the values of offering tidy dividends to today’s investors.

Secondly, there’s an important lesson to be learned about risk. Part of the reason why the banks, and indeed the whole economy, got through the GFC relatively unscathed is because of government-mandated limits on the amount of risks banks could take on. Our banks had relatively low levels of sub-prime debt, and were less highly leveraged than those overseas.

While few industries are regulated as heavily as banking, the strength of the banks shows the benefits of closely guarding your risk exposure, especially when your competitors do not.

Correction: An earlier version of this article incorrectly stated that the Commonwealth Bank of Australia was our oldest bank. It is not. That honour goes to Westpac, established in 1817, almost a full century before CBA.