Clash of the titans: Apple, Adobe, and Microsoft under fire at IT pricing inquiry 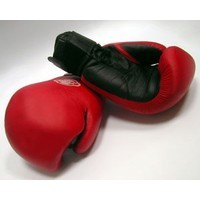 On Friday, an Australian parliamentary committee grilled the IT titans – Apple, Adobe, and Microsoft – on price discrimination against Australian consumers. The IT companies were evasive under questioning.

The House of Representatives Committee on Infrastructure and Communications issued a summons to Apple, Adobe, and Microsoft to appear before the Parliament.

The inquiry into IT pricing has grown into a larger public debate about copyright law, consumer rights, and competition in the digital economy. Harrison Polites has observed that the Labor member for Chifley, Ed Husic, has transformed the inquiry into “a debate in microeconomics that has significant implications for Australia’s national economy”.

Husic has said that Apple has sought to hide under “a cloak of invisibility” in a number of Australian policy debates.

With some reluctance, Apple’s written submission was published. At the IT pricing inquiry, Apple Australia vice-president Tony King blamed copyright rights-holders for price discrimination in Australia. However, the relationship between Apple and copyright owners has been competitive — and sometimes collusive.

One has to wonder whether Apple has sought to collaborate copyright owners in price-setting in Australia.

Choice Australia has observed disparities in pricing on iTunes between Australia and the United States. Rihanna’s latest album Unapologetic costs A$22.99 in the Australian iTunes store, but only $15.99 in the United States. Australian fans of the Boss, Bruce Springsteen – such as the Treasurer Wayne Swan – would pay $AU16.99 for his Greatest Hits on iTunes, whereas purchasers Born in the USA would only pay $US11.99.

Matthew Levey from Choice Australia wondered: “Why is it costing Australians 70% more to rock out to AC/DC’s Back in Black on iTunes?” Parliamentarian Paul Neville was particularly aggrieved about the high cost of the works of Led Zeppelin on Australia’s iTunes.

In contrast to Apple, Adobe sought to deflect criticism of its pricing in the Australian policy debate.

Adobe’s managing director Paul Robson appeared before the committee, and failed to justify why Australian consumers paid higher prices for software. At one point, he suggested Australians could fly to the United States, if they wanted cheaper prices of boxed Adobe products.