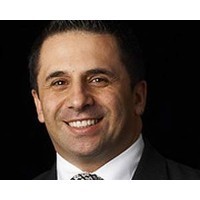 Dick Smith might have sold for a pittance, but the private equity firm who from November will be its new owners have brought in the heavy guns to revitalise the 44-year brand, which for the past 30 years has been owned by Woolworths.

At the end of November, when the $20 million sale to private equity firm Anchorage Capital Partners is completed, Nick Abboud will assume the chief executive’s role at Dick Smith.

It will be up to the former Myer executive, who many assumed would succeed Bernie Brookes as CEO, to lead the transformation of the retail chain – with its 335 stores and 4,500 staff – from being a millstone around the neck of a supermarket chain into, hopefully, a vibrant retail success story.

Abboud knows where the problems lie. “Dick Smith’s strength in the past and today is in computing and mobile and it has a very good market share in both categories. It has always been in audio, and has gone into the visual market, where it does not have a large market share,” he tells LeadingCompany.

Technology today is simpler to use than it used to be. Most products no longer need the customer to set them up; they work from the moment they are switched on – it’s called ‘plug and play’ in techno jargon.

In the past, Dick Smith was the place customers took their technology to get it working correctly.

Abboud argues this is still the case. “While there is plug and play, when it comes to the phone, the computer tablet or the TV, all that is connecting. We have just walked through all the stores, and there is a massive range of accessories to support the plug and play products.”

Anchorage’s Michael Briggs, who will be at Abboud’s side throughout the transformation, says the company’s service arm, Clever Dick Services, is an important part of its future. “People have a lot more gadgets, and it is still a struggle to get the best out of them,” Briggs says. “Our understanding of the ‘Clever Dick’ service is that this is certainly an area we will see growth. It is still struggle. For example, people pay money for good TV, and don’t get the right connectors, such as HDMI cables, to get the best from it.”

Briggs says Dick Smith is just the kind of investment that Anchorage specialises in. “For us, it is a classic. We look for orphans – businesses owned by larger organisations that don’t really fit. The Dick Smith business has never really fitted. It is a relatively small part of Woolworths. And specialty retail is quite different from the rest of the business.”

Briggs says orphan businesses can get bogged down in the policies and procedures of larger corporations and lose their ability to be “agile”.  He says: “So they end up negotiating contracts slanted to what is required by a supermarket or by a Big W rather than Dick Smith. There are opportunities to move away from those and make it much faster, more innovation and nimble.”

While the Brigg’s close interest in how to operate the business might make other leader’s apprehensive, Abboud is comfortable with private equity. He has worked with a private equity investor before, as head of operations at Myer, when it was under the ownership of American private equity company TPG. Abboud believes there are similarities in the challenges of Myer and Dick Smith. “It is an exciting challenge. I went through a similar thing with Myer. TPG bought Myer; Coles didn’t see Myer as part of its future. It had $30-50 million bottom-line losses. Under private equity, you can grab a business and have 100% focus and get the optimisation of its full potential.”

Abboud stayed with the Myer transformation for six years, including the initial public offering in November 2009. “I found that period, while very challenging, just as rewarding.”

Brigg’s says Anchorage is “fanatical” about doing the basics of business well. A big part of the plan is to “fine-tune the engine” – from supply chain management to the look of the stores, pricing, how inventory is managed, merchandise displayed and how staff interact with customers. “We want the whole interface with the customer to be as good as it can be,” says Briggs.

However, Abboud and Briggs insist there is no pre-existing plan for executing the turnaround.