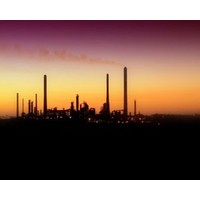 There’s a dà xiàng in the room when it comes to addressing climate change.

Dà xiàng is mandarin for elephant. And if you want to get your head around the latest data on greenhouse gas emissions, you’ll need to look to China.

A report on global emissions released this week by the PBL Netherlands Environmental Assessment Agency and the European Commission should put paid once and for all to the fallacy that climate change can be addressed by rich countries taking the lead and “developing” countries following later on.

This is a core principle of global efforts to address climate change and has been since the formation of the United Nations Framework Convention on Climate Change 20 years ago. The principle made sense then. It doesn’t now. The world has missed that boat, and nothing short of a fundamental overhaul of the principles and approaches of international climate negotiations is likely to achieve the UN’s agreed goal of restraining warming to two degrees.

Here’s why: the Dutch report, Trends in global CO2 emissions 2012, found China emitted 29% of global emissions in 2011?—?making it the largest emitter by a significant margin. China’s national emissions rose by a staggering 9% in 2011 alone, having risen by 150% over the past decade.

International climate negotiations are proceeding on the basis that “developed” countries should take the lead and accept binding targets to reduce emissions under the Kyoto Protocol process, while “developing” countries (including China) can wait to submit to this process from 2020, when a new universal legal instrument is supposed to come into force.

This approach is equitable and ethically sound. It is also not feasible.

The Dutch report found that global emissions, which had dipped for a few years because of the GFC,  increased by 3% in 2011, reaching an “all-time high” of 34 billion tonnes of CO2. The report calculated that at this rate, the world would use up its “carbon budget” for the period 2000-2050 by 2032. In other words, global warming will not be restrained to two degrees if we keep this up. (The report’s data covers emissions from energy use and industries, but not forestry or forest fires.)

The distinction between “developed” and “developing” countries no longer reflects reality; looking at the figures, the world has to find a way to dramatically rein in China’s emissions, and pretty soon, to get back on track.

That’s the realpolitik. The ethics of the situation is different, and one in which Australia and the US are the villains?—?not China.

The report grants the perennial high-polluting Australia the dubious honour of having the highest per capita emissions.

Australia comes in at 19 tonnes of CO2 per person in 2011, and our per capita emissions are still rising (the figures exclude forestry emissions). By any measure Australia performs poorly. Our national emissions are the world’s 15th largest?—?which given that the world contains close to 200 countries, makes us a major player.

We beat the US on per capita emissions; the US comes in at 17.2 tonnes (those emissions?—?both national and per capita?—?are dropping slowly). It’s worth remembering that as the US was the world’s biggest polluter for a long time, its historical (as opposed to annual) share of emissions is proportionally very high.The UNFCCC approach of developed countries taking the lead on climate change has failed largely because the US refused to do so, by not ratifying the Kyoto Protocol and not comprehensively addressing emissions at the national level.

By contrast, Erwin Jackson, deputy CEO of the Climate Institute, notes that “many emerging economies are doing more to tackle climate change, they have some of the world’s most ambitious policies”.

Jackson concedes that the division of the world into developed and developing countries “is a reflection of the reality of 20 years ago”, but thinks equity cannot be left behind in the debate, which translates to focusing more on “developed” country actions than pointing the finger at China.

China is working on laws to make its self-selected greenhouse targets (which aim to reduce emissions per unit of GDP) binding, is the global superpower on renewable energy, and is trialling regional emissions trading schemes. Some Chinese provinces have simply turned off the electricity to industrial areas at times, to meet greenhouse targets. Imagine the howls of protest if Julia Gillard tried that.

But while China’s actions are in some ways ambitious, they won’t reduce the country’s emissions for some time. They just dampen what would otherwise be truly extraordinary emissions growth.

Ethically, the only crime China is guilty of is trying to emulate the economic growth and level of material comfort of countries like the US (which has itself squibbed on climate change). The problem is that the atmosphere will struggle to cope with that from China’s 1.34 billion people.

Experts say that international efforts to address climate change are failing, and there is a dire shortage of fresh approaches and political goodwill to get them back on track. The Dutch report provides evidence of this failure.

Among the report’s doom and gloom is one method by which emissions can be reduced?—?but it’s an inconvenient truth. Countries and regions that suffer economic decline tend to see their emissions drop. In 2011, emissions fell from the US (2%), Japan (2%) and the EU (3%); that was “mainly due to weak economic conditions”, as well as mild winters and high oil prices. On the other hand, China’s 9% emissions rise was “mainly due to a continued high economic growth rate”.

The Australian government (and quite a few economists) like to talk about how it’s possible and desirable to decouple economic growth from emissions growth. That doesn’t appear to be happening yet.