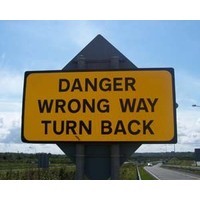 It’s AGM season, and CEOs around the country are spruiking their strategies.

But most of what they’re saying they’ll do won’t come to pass. Their staff will try, but simply won’t be able to do it.

“And in an ideal world, that would cascade down to the day-to-day work of your employees.”

But in reality, Peupion says, there is a huge gap. “Companies spend so much time, money and effort on defining their strategy… only to see two-thirds [of strategies] never executed,” he says, referring to a 2008 Ernst & Young study that found 66% of corporate strategy wasn’t ever put into practice.

It’s is a conservative estimate, Peupion says. “In my consulting business, I spend a lot of time speaking to the leaders of all sorts of businesses. Every leader I speak to can relate to this. And some of them even say, ‘Cyril, it’s probably more than two thirds that never gets done’.”

This poses a challenge for leadership. The solution, Peupion says, is simple in principle, but difficult, as it goes against most people’s instincts. He credits Peter Drucker, the management guru often called the ‘father of modern management’, with a personal credo.

“The important decision isn’t what you do; it’s what you don’t do,” Peupion says. “That’s the key to strategy.”

The problem with ‘priorities’

Part of the blame can be put down to employees not knowing how to effectively do their jobs. This can be fixed by clearer instruction and workplace training.

But even if your employees are productive, the problem often starts in the executive suite. If given complex, competing or changing instructions from their leaders, employees flounder.

“There’s often a lack of clarity,” he says. “Most people don’t know the main goal of their organisation.

“If you ask them, you either get a blank look, or 10 different answers.”

Peupion recalls a discussion he had last week the general manager of a large Australian corporation. “She had just taken over,” he says. She asked for a summary of the big corporate issues facing the business, and was handed a A4 sheet of paper divided into three columns.

“Each column had 10 or 15 bullet points,” Peupion says. “How on earth can you have a sense of urgency, of focus and priorities, when there were so many things to do?”

One of the biggest problems with strategic thinking at an executive level, Peupion says, is it’s just too complex. “Everyone spends a little time on everything. That dilutes the impact.”

Making this problem worse is the fact that businesses frequently change their strategy when it isn’t working. “Change is the only constant,” Peupion says. “How can people gain a sense of achievement and clarity in that sort of environment?”

Leaders can’t fix the tendency towards complicating things just through communication. It requires true prioritisation, and not just the appearance of it.

“We have a discipline that we call ‘think quarterly, play weekly, act daily’,” Peupion says.

He suggests the executive team reviews its strategy once a quarter, and asks themselves one simple question. “If everything remained the same, and we could change one – at most, two – areas, that would have the biggest impact on performance, what would we change?”

“Before you even communicate, you need to reduce the number of things. Don’t ask what’s urgent, or what you would like to change.”

Executives need to define this very clearly. Everything else, they shouldn’t do now. And only after figuring this out should they communicate with their staff.

In trying to summarise Peupion’s thesis, this reporter posited that it seemed to be about ‘mindfulness’, or purposefully taking care not to focus on too many things at once.

“We need to move beyond mindfulness. If people are only mindful, over time, the day-to-day takes over. The hardest thing to do is to make this way of planning a habit. Making people aware is a first step, but staying that way needs to be a discipline and then, a habit.

“If something is a habit, even when times are tough, you can keep the discipline. That’s why we work with organisations over a few months. We are changing habits. Little by little, it becomes the norm.”