DJs turns down eBay strategy: Three ways it could work 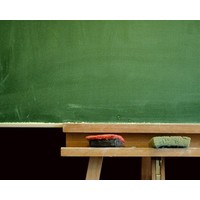 David Jones is turning down offers from online retailers left and right, with eBay Australia the latest company to have its helping hand rejected after the department store giant released a detailed plan for its “omni-channel strategy” last week.

The move comes after David Jones reportedly turned down an offer to talk shop with Catch of the Day co-founder Gabby Liebovich – who then promptly turned around and called the store “lazy”.

“We have openly contacted many of the major retailers offering to help build out their online strategy … and that offer stands,” she said.

A David Jones spokesperson told the publication the company had looked at eBay, “and decided it was not for us”.

”We couldn’t see the value of teaming up with an aggregator as it only adds additional cost when the aggregator takes its margin.”

The reaction is understandable – David Jones is obviously concerned about devaluing its brand.

But David Jones would do well to consider how eBay is changing its strategy away from auctions into becoming more of a dedicated retailer, with some of the biggest names in Australian fashion already selling goods through online stores.

eBay launched its own Fashion Gallery late last year, showcasing a number of brands that have put time and effort into making their eBay stores just as important a sales channel as their own dedicated stores – and maintaining the integrity of their brands in the process.

Witchery, Herringbone and David Lawrence are just a few of the names that have managed to maintain an eBay store using the same attention to detail in their own dedicated sites.

Here are three examples of how David Jones could do the same.

No matter which brand you browse through on eBay, whether it is Jigsaw, Fleur Wood, David Lawrence or Savile Row – they all have bold, interesting design.

These sites haven’t been created just using a template. Designers have constructed each site carefully, using high-quality photography, and lots of free space to give them all a nice clean look. As a result, colourful, large photos pop out and grab your attention.

The design on these eBay sites in many cases looks just as good as a dedicated website. Selling on eBay doesn’t mean you have to look cheap – David Jones could make its store as good as it wanted to be.

2. Provide as many company details as possible

It’s always frustrating to visit a website and then leave frustrated because the company hasn’t supplied all the details you need. But plenty of eBay stores have managed to emulate the design of their dedicated sites by providing just as much information on the auction site.

A snapshot of dedicated stores, including David Lawrence and Jigsaw, shows these companies are dedicated to making these storefronts just as accessible as their other channels. This includes information on clothing, including sizes, along with shipping information and store policies.

David Jones may be worried about devaluing its brand, but with the ability to make an eBay site just as fully-fitted as a website, it shouldn’t be concerned about lacking a fully-formed retail experience.

3. Connect to your other channels

Online retailers increasingly view each of their storefronts as merely another channel through which people can buy. That means each channel, whether it be on Facebook or the actual site itself, needs to connect to every other element of the business.

Antoine Stanley is a good example here, showing off links to its social networks at the bottom of the page, along with some contact details and a phone number.

It’s basic stuff, but within an eBay page it all adds to the notion of having the eBay store remain as important a channel as any other.