Dick Smith: Day one of a high-profile turnaround 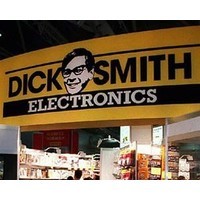 The future of the struggling electronics retailer, Dick Smith, is in experienced hands. Private equity company, Anchorage Capital Partners, has bought the retailer from Woolworths for a fantastic price – $20 million – and that is the first step of any successful private equity deal.

The purchase price already bears the stamp of experienced Anchorage director, Phillip Cave, who has been rescuing companies such as Sunbeam, Burger King, Golden Circle and Victa from self-destruction for the past 25 years.

Katherine Woodthorpe, the CEO of the Australian Venture Capital and Private Equity Association, says Cave is a turnaround master. “Phil Cave has been at it for years, both in Anchorage and on his own, and he is master at it.”

To keep the purchase price down, Anchorage has struck a deal with Woolworths to share in the upside – if there is any – after Anchorage has worked its magic. Woolworths bought Dick Smith 30 years ago for $24 million and has spent $420 million restructuring it.

Dick Smith offers a number of ticks for the buyer:

But the other side of the scorecard holds some big challenges:

Phillip Cave is a former executive of Macquarie Bank. In October 2007, Anchorage bought the manufacturing co-operative, Golden Circle, a producer of canned fruit and vegetables, juices, jams and baby food. Cave became chairman and another Anchorage partner, Michael Briggs, was also a director.

The steps they took involved:

The return on the investment of $35.5 million for 35% of Heinz, made in partnership with Macquarie Investments, was 2.5 times, when the company was sold to Heinz just over one year later.

A new CEO has already been appointed at Dick Smith. Nick Abboud, a former executive of Myer, is a close colleague of director Bill Wavish.

“I cannot speak highly enough of Nick – he will be brilliant at Dick Smith, the staff will love him, the suppliers will love him and he’ll make a great improvement on the stores,” Mr Wavish told the Financial Review.

The past eight months have been hideous for the 4,500 staff who are still employed by Dick Smith. When the sale process was announced in February, they were marked as the company’s detritus.

They watched 52 stores close in the first round of cost-cutting by Woolworths and then another 22 in a second round. As their friends and colleagues picked up pink slips, the survivors struggled to flog the discounted excess inventory as fast as possible.

Abboud will have a honeymoon period with the chain’s staff in which to harness their energy and enthusiasm for a new direction and a new strategy. Brendan Hill, a director of private equity company, HD Partners, says: “In terms of staff morale, they will be buoyed by having new owners that want to grow the business, not close it, but they will also be nervous about their own futures.

“The new management’s initial message will be, ‘We are excited about the future of the business.’

Abboud must identify the most committed, talented staff and put them into positions of influence and power, experts say. However, if he finds staff remaining who are not willing to change, who oppose and fight it, he must let them go or risk them damaging the turnaround process.

Abboud and Wavish will be entering the business with a well-considered plan for the first 100 days, says Hill. “They have already done their due diligence, looking in detail at all the financial information, and they will have a 100-day plan that will involve all different parts of the business.”

Lucky for the new team, most of the painful changes have already been made. With no debt and fewer stores, it is time for the positive stuff.

Experienced turnaround professionals know the risk of taking on too much at once. They start small. So far, Abboud has identified the following changes:

Woolworths is a supply chain expert, but the electronic industry is different to fast-moving consumer goods, which have a very short shelf life.

Online retailers such as Kogan are creaming the profits of bricks and mortar competitors by sourcing their products from around the world and keeping inventory to a minimum. Online retailers rely on customers going to stores such as Dick Smith, Harvey Norman and JB Hifi to browse, and then snatch their sales with discounts.

Wavish has already promised that Dick Smith’s suppliers will love Abboud. They, like the staff, will have been suffering through the painful restructure and will be looking for ways to build back the business.

Dick Smith has lost its market position. Abboud says it was once seen as the store with the biggest and best, and needs to regain that position. “I think we still want to be known as the most dominant location for buying your accessories, not walking in and not finding what you want,” Mr Abboud said to the AFR. “We also see a massive opportunity in online, expanding the categories we’re in and probably moving into some new categories we may not have in the stores.”