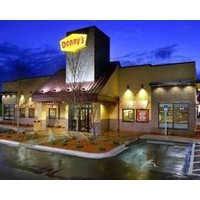 A few years after a slew of American companies began arriving on Australian shores, more franchises are searching for operators to swap economic conditions for a safer trading environment.

Popular diner chain Denny’s, one of the largest and most successful brands in the United States, is now searching for a master franchise, along with ice-cream group Rita’s, fondue restaurant The Melting Pot and healthcare firm BrightStar.

Many American businesses have arrived in the past few years, with more such as Pottery Barn on their way.

Grant Garraway of The Franchise Shop is administering the local search process for the four brands, and says Denny’s is ramping up its approach in the Australia-New Zealand region.

“They were here in the market some time ago, and then withdrew. They’re up to about eight stores now in New Zealand,” Garraway says.

“It’s not an inconsiderable investment that we’re talking about for Australia. It’s a 10-location license.”

The investment itself will require about $5 million in capital, says Garraway, who will be setting up meetings for the company’s representatives.

The arrival of the Denny’s brand is unusual, considering Australia has no long-term connection with the concept of a 24-hour diner. But Garraway says the company has performed well in New Zealand, where economic circumstances have been worse than they are here.

“It’s done very well to expand to eight stores,” he says. “New Zealand was affected by the economic crisis more than Australia was, and they’ve had the difficulties of earthquakes and local disasters.”

Denny’s operates more than 1,600 locations in the United States, along with Canada, Japan, Mexico, New Zealand and the United Arab Emirates. The brand has become famous for never closing – it even stays open on public holidays.

The company has also had a good financial run. In the past year, shares in Denny’s Corporation have risen 22.7% and are trading at $US5.19. The business appointed John C Miller as chief executive in 2010. He has increased revenue and profit.

The Melting Pot brand was also considering the Australian market a few years ago, with no success. Garraway says several American franchises tend to have a look every few years and decide if the market is worth entering.

“If they don’t, they’ll put it on the backburner. They might advertise in 12 markets, pick up one or two and then just focus on those.”

The arrival of the chains suggests Americans are still interested in the Australian market and its relatively strong economy.

Several more are looking. Lingerie chain Victoria’s Secret is scouting for locations, along with fashion chains Forever 21 and Hollister. The influx of stores has caused retail rents to rise in several premium location shopping precincts.

Garraway says while American chains may feel uneasy with the more stringent regulation found in the local franchising sector than back home, it does mean they can be assured of solid returns over a long-term period if the company is run well.

“In general terms, they see Australia as a safe environment. It’s much easier to sell a master franchise here than in somewhere like the Middle East.”

Jim Collins: How to build a great company while it’s small
Why you need to engage with your customers on their terms, not your own
Five tweaks in two weeks: Small changes that will make a big difference to your business
Feeling overwhelmed about the fast-approaching EOY? Here’s how to manage it
What is SmartCompany Plus?