Economic Pulse: A rare glimpse into the pitfalls of flat company structures 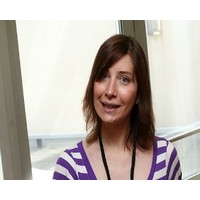 Since the industrial revolution, we’ve solved more and more of our problems with the market.

Companies decide what to sell by looking at their sales reports, and politicians chose what policies sell by polling. We vote with our money, and our ballots, to create the world we collectively want.

But one area has remained free from the laws of supply and demand, content with its entirely (and often proudly) undemocratic model.

That realm is occupied by corporations. Companies big and small run on directives issued from above. And while fretting over supply and demand with their external stakeholders, in their internal governance, companies are autocracies.

At least, most companies are. A small minority do things differently. Worker-run cooperatives have made decisions collectively for decades. And plenty of newer companies, while rarely owned by their workers, go some way towards the market-led ideal.

In Australia, E-Web Marketing, rated Australia’s second best place to work by BRW in 2011, operates on a flat structure where the employees work in small, self-directed groups. Founder Gary Ng recently told LeadingCompany it’s working out well. “Having a manager implies you can’t do your job right,” he said.

Another Australian company, STM Bags, also operates on a flat structure, where no one has any titles. The owners cite a belief in “workplace equality” as being behind their structure.

The invisible hand at Valve

The largest and most successful company famous for its free-flowing structure is videogame company Valve, which has been responsible for bestselling titles like Portal and the Half-Life series.

In case you’re wondering, my proposal that corporations are the last bastion of feudal societal structure on the planet comes from company economist Yanis Varoufakis, who the company bought on to sort out some of their in-game economies but who was so intrigued by their corporate structure he decided to stick around.

“Just like in a marketplace, everything in Valve is in flux,” he wrote on his blog. “People move about (making use of their desk’s wheels), new teams are formed, new projects are concocted. All this information is observable by the naked eye (one notices an empty spot where David’s desk used to be, and then finds out that David moved to the fourth floor to work with Tom, Dick and Harriet), on the company’s intranet, in cross-team meetings where teams inform each other on what they are working on). People learn constantly, both by observing and by doing, the value to them of different projects and teams. These subjective values keep changing, as the time and team formation signals that are emitted by everyone else are updated.

“The idea here is that, through this ever-evolving process, people’s capacities, talents and ideas are given the best chance possible to develop and produce synergies that promote the common good. It is as if an invisible hand guides Valve’s individual members to decisions that both unleash each person’s potential and serve the company’s collective interest (which does not necessarily coincide with profit maximisation).”

It all sounds fairly utopian, but for the most part, it’s worked to produce some of the most critically acclaimed videogames of recent years.

That makes Valve one of the most desired places to work for videogame developers. But that image has been tarnished somewhat in recent days.

In February, Valve did something unusual. It fired some people.

One of the sacked workers, former Valve hardware developer Jeri Ellsworth has recently broken her silence in a 90-minute video interview with the Grey Area. She said working at Valve was like being in a high-school clique, where dissent was discouraged, and she was unable to secure the resources she needed.

“There is actually a hidden layer of powerful management structure in the company,” she said.

The company is “weirdly paranoid” about maintaining its corporate culture, she added, which made it harder for her to do her job.

“We had a machine shop with millions of dollars of equipment in it and couldn’t hire a machinist for $40,000 a year to manufacture machine parts for it. Because they were worried that bringing in a machinist would hurt their precious culture,” she said.

“I was struggling trying to build this hardware team and move the company forward. We were having a difficult time recruiting folks – because we would be interviewing a lot of talented folks but the old-timers would reject them for not fitting into the culture.

“I shouldn’t say the numbers, but there were very few of us in the hardware department. We were understaffed by about a factor of 100.”

Adding to these difficulties was the peer review structure, where projects approved by people from other departments got the go-ahead. Ellsworth says her team’s concepts were repeatedly killed off by colleagues she rarely interacted with.

“They have a bonus structure in there where you can get bonuses – if you work on very prestigious projects – that are more than what you earn. So everyone is trying to work on projects that are really visible. ‘Look at me, I am making all these great improvements to the latest and greatest video game’.

“And it’s impossible to pull those people away for something risky like augmented reality because they only want to work on the sure thing. So that was a frustration, we were starved for resources.”

The company hires and fires also based on such peer reviews, so it’s simple to assume Ellsworth and her team were boned by those same sceptical colleagues.

Ellsworth admits she’s pretty jaded with the whole experience. “If I sound bitter, it’s because I am. I am really, really bitter. Because they promised me the world and then stabbed me in the back.”

But intriguingly, her experience hasn’t managed to completely turn her off flat management structures.

“The things that do work in Valve that we will bring forward into our new company is the idea of a flat management structure, but on a small scale,” she said.

“Their structure probably works really well with about 20 people, but breaks down terribly when you get to a company of 300 people. Communication was a problem. Well, if I had to do anything differently, it would be to make sure a layer of management could do communication correctly.”