Doing business in China: Why there is no formula for success 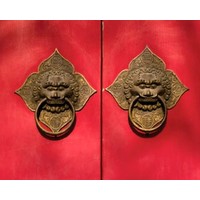 However, China’s emergence as an economic force has been both rapid and relatively recent. A lack of preparedness around its diverse and intricate commercial environment, particularly as China shifts to a consumer-driven growth model, stands to see organisations – blinded by the sheer volume of potential customers and the promise of lucrative returns – ultimately falter.

As Australia’s mining sector begins to slow, new growth opportunities will emerge in untapped sectors due to the necessity of complementing and eventually replacing the role of resources as the main driver of the country’s economy. But ‘untapped’ can often mean uncertain, and companies cannot afford to leave anything to chance. Therefore, any Australian organisation considering foreign direct investment in China must undertake detailed and considered preparation to ensure long-term success.

Think before you act

It is understandable that companies are keen to strike while the iron is hot, but appropriate steps must be taken to succeed in a foreign and challenging environment, and rushing in is not one of them. Firms and their executives often lack understanding around the intricacies of the market, from the true profile and spending habits of China’s rising middle class to the complexities of the country’s regulatory and political environments. Without knowledge across these areas, market entry strategies are formed on little more than assumptions.

Incoming companies must, of course, be acutely attuned to the host country’s current macroeconomic trends. Beyond this, however, they need to engage with these trends to effectively establish why China is of value to their business – a distinction that should be made before any entry strategy is even considered. Rather than simply follow competitors into the market, they must identify what China represents to them, what they hope to achieve and how long they’re willing to wait for it.

Within this context, it is also essential that organisations have their house in order before a foreign expansion by ensuring stable finances.  A pipeline of steady cashflow will support investment and allow for consistency of operational performance until profits are generated. China should not be seen as the Holy Grail to overcoming poor revenues or bad management in existing markets. Furthermore, China should not simply be regarded as an ‘add-on’ rather than a meaningful part of a company’s overall business. If this is the case, it may be that investments are better directed elsewhere.

International firms can often become fixated on short-term market share and growth rates when setting goals and measuring success. But China is a slow burn, and this kind of short-sighted measurement shows little understanding of how the market works. It generally takes years to build the local relationships necessary for success, and even more time to develop brand visibility and product awareness within highly fragmented Chinese industries.

Furthermore, China is not a single market. Companies often adopt all-encompassing strategies that have previously succeeded internationally, but China calls for specialised, market-specific ideas. It is a vast nation with a disparate population of multiple consumer segments. Australian firms must create and employ adaptable strategies that respond to the demographic nuances of China from region to region.

Before making a move, a company needs to identify whether its product, or a similar product, is already offered by a local establishment or indeed other international competitors. Attempting to combat the offerings of local firms can be particularly difficult without adequate product differentiation, given the preferential policies and favouritism afforded to them. If differentiation is strong, companies must then determine how easily their product or service can be imitated – an issue heightened by the difficulty of addressing IP infringement in China.

Firms that do not have insight into local Chinese business practices, cultural nuances and communication conventions open themselves to hidden risks. Local partnerships, in particular, are needed to make significant headway in this complex market and take advantage of manufacturing and supply chain management opportunities. In a country that considers signed contracts to be nothing more than an expression of good faith – an ‘agreement’ that is open to adaptation as circumstances change and that is not strongly enforced by China’s legal system – strong local relationships are essential.

Foreign companies should invest in localised procedures and even appoint China-based managers and leaders where appropriate. Building a strong local team also increases the likelihood of developing positive relationships with officials – particularly local government representatives, whose final word is often as important as that of decision-makers in Beijing. Capturing opportunities to work with these influential politicians could accelerate a company’s path to success.

In conclusion, Australian companies must realise that a widely recognised formula for successful entry and expansion into China does not exist. It is not a ‘one size fits all’ market, and holistic strategies will need to make way for concentrated approaches. Companies that carry out the necessary preparation and buy into local business customs give themselves the greatest opportunity to capitalise on and find success within their chosen market.