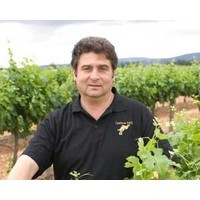 Twelve years ago, John Casella of Casella Wines turned the usual strategy of Australian wineries on its head. Instead of building up his wine business in Australia, he started selling straight to the United States.

For years, this strategy proved remarkably successful. The company thrived while competitors, who relied more heavily on the Australian market, struggled during the wine glut of the last decade. Casella became Australia’s largest family-owned winery, and the country’s third-largest wine-maker overall.

But according to the accounts lodged with the regulator, after two decades of growing sales and profits, the innovative wine company booked a $30 million loss in the 2011-12 financial year. It’s a precipitous fall from the previous year’s profit of $45.3 million.

John Casella, the managing director of Casella Wines, faces his biggest challenge since his Yellowtail brand wines burst on to the American market 12 years ago. Casella’s previously winning strategy of selling largely abroad has become the company’s weakness, as the persistently high Australian dollar erodes its profits.

A closer look at the figures provides some hope – 2010-11’s impressive result was the result of a $68.5 million currency gain, and this year’s loss is almost entirely due to a $29.8 million “loan write-down”, which Casella says his company might recoup in coming years.

“It is a one-off thing,” Casella tells LeadingCompany. “The balance sheet is very strong. Some of the loans are internal, as well, but there are grower loans that many be doubtful. However, we believe the majority of that money will come back over time.”

However, the nature of the business has changed dramatically. The Australian dollar was at 57 cents against the US currency when Casella Wines, Australia’s largest family-owned winery, started exporting in 2000. By July 2010, the AUD had reached parity. Casella’s US business strategy – wine for non-wine drinkers – was predicated on a rock-bottom price of $US5.99 a bottle. Initially, he had launched the wines for $US8.99 a bottle, but slashing the price by 33% doubled the sales.

The exchange rates once delivered a profit, despite the low price point. Now, Casella admits he is not making any money on the US sales, despite continuing to claim 75% of market share of wine in the US, and shipping 12 million cases.

Like many Australian exporters, Casella faces a double challenge: managing the profit crisis that the high Australian dollar is imposing, and nurturing his staff, suppliers and customers through the crisis and towards a new and profitable business model.

Casella wants to keep his 500-strong workforce in preparation for a fall in the exchange rate. “Our aim is to show a small profit [in2012-13] given that the situation with the exchange rate is not permanent. Our focus is on maintaining market share and shelf position ahead of profits, so when currency turns, we are in a strong position.”

Meanwhile, Casella, like other exporters, faces another year of high exchange rates. Here are the steps that he and other leaders can take to respond.

Accounting partner, David Knowles, from Pitcher Partners, says he raises the high dollar with his clients, but surprisingly few companies ask for advice, although there is plenty of help available.

“The first thing you need to understand is whether to build your response around this as a short-term aberration or as the ‘new normal’,” says Knowles. This depends on the how reliant the company is on exports, how quickly it can change and so forth.