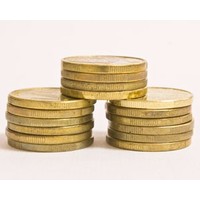 Don’t be surprised if Glenn Stevens and his board make no changes in interest rates in May to demonstrate the independence of the RBA.

The surfeit of comments urging the RBA to cut rates by 50 basis points and take the pressure off Treasurer Wayne Swan makes it imperative for the central bank to continue to maintain a steady investment climate that encourages productivity enhancement rather than the sense of entitlement that is of concern to shadow treasurer Joe Hockey.

They may well wait until they see the effects of the budget on retail expenditures and look to the latest consumer price movements at the end of this month. For the first time this year consumer confidence has risen in consecutive weeks as an increasing number of Australians decide now is a good time to buy major household items (57%, up 4%).

Gary Morgan says there is an increasing number of Australians (30% – up 2%) saying they expect ‘good times’ for the Australian economy over the next 12 months. However, despite this week’s small rise, consumer confidence remains 8.4pts lower than a year ago and 7.3pts lower than it was at the start of the year.

“The tough federal budget that has been foreshadowed to be delivered by Treasurer Wayne Swan in three weeks and the renewed bout of uncertainty in European markets in recent days make it crucial that the RBA cuts interest rates by 0.5% at its next meeting – scheduled for the first of May,” Morgan says.

“Roy Morgan Consumer Confidence is up for the second straight week to 111.7 (up 1.7pts) – the first time in 2012 consumer confidence has risen in consecutive weeks.

“Also driving the rise was an increasing number of Australians (30%) saying they expect good times for the Australian economy over the next 12 months.

Leading companies will stay focused on the needs of their customers and the quality of their service as the patchwork economy continues to divide between those with foreign capital and those with insufficient domestic resources.