Don’t get trapped in the day-to-day: How to make progress with fewer staff 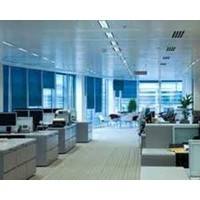 In recent years cost-cutting has become the norm across many of Australia’s mid-sized and large companies, and there’s been no uptick in hiring in recent months.

The unemployment rate rose in January from 5.2% to 5.4%, and a survey of economists conducted yesterday by news service AAP found most of them expect it to rise further. Companies are laying off staff, resulting in a squeeze on the staff who remain employed, says Cyril Peupion, the managing director of Primary Asset Consulting.

“We’ve seen this trend happening quite strongly over the past two years. We’ve seen it affecting our clients,” he tells LeadingCompany.

“Companies either have a freeze on new recruitment, or they’re downsizing. It started just after the GFC, and it hasn’t really subsided.

The practical effect of this, Peupion says, is that while businesses have continued to grow, their staff numbers haven’t. Fewer people are being required to work harder and longer just to get the job done, damaging their productivity.

“People are overworked; here are high levels of stress. We keep hearing the phrase ‘work-life balance’ from our clients … they’re concerned about the impact on performance.

“The important things ­– the long-term strategy projects – are being put on the backburner. Staff are struggling too much with day-to-day things. That’s got an impact for the business as well as the people in it.”

Motivating staff in this environment is difficult. The key to making the best of it is to be awfully structured. Here are Peupion’s three steps:

Businesses have become very sophisticated in how they think about their corporate strategy, Peupion says. But this level of sophistication is the very thing stopping their strategy from being of any use.

He cites a 2008 study by Ernst and Young, which found 66% of corporate strategy was never executed. Another survey, of 40,000 American companies carried out by leadership consultant, Franklin Covey, points to a possible reason: 85% of staff surveyed have no idea about the goals of their organisation.

“When I ask employees, I either get a blank look or 10 different answers,” Peupion says.

The point is executing strategy under normal circumstances is very difficult. Doing it when employees are overworked is even harder.

To get results, executives have to break it down. “Saying where the organisation is going is only the first step,” Peupion says. “Managers then have to relate how everyone’s individual role relates to the larger goal, and what they’re accountable for.

“Keep a simple template – give each manager a clear idea of what each person on their team will do.”

“Too many people do far too much,” Peupion says.” You just can’t.”

It’s easy to have a complex, multi-branched strategy that focuses on everything that’s good to have, but such a strategy is unlikely to take you very far. It’s crucial not to give people too much to focus on.

“Executives need to ask themselves what are the one or two things that, if they could change, would improve things?”

Making do with fewer staff requires no small measure of discipline.

“Very quickly the day-to-day tasks take over and before you know it, the areas of focus are put on the backburner because of an urgent crisis or task,” Peupion says.

“Every quarter, there should be a discussion around quarterly priorities, where the business is headed in the long-term, and the two or three things to focus on. Once that’s done, managers should agree on the role of everyone in the team. And then, managers should, on a weekly basis, make sure everyone’s on track.

“You need to have an operating rhythm with the team – every week, check your progress. Managers have a key role to play in driving this.

In an interview today with The Australian Financial Review, Tabcorp chief David Attenborough offers another reason why strategy has to be revisited each quarter. He says his company reviews its strategy every 100 days. “You’ve got such a fast-evolving environment, you can’t sit and wait a year until you review a strategy because competitors might have launched three or four new applications in that space,” he told the newspaper.

Peupion acknowledges his three-step program seems simple, but he says most businesses don’t do it. “People have years’ worth of ingrained work habits that don’t do them much good. Changing those habits takes time, but it’s worth it.”