Double leadership departure at Mirvac: A balancing act for the board 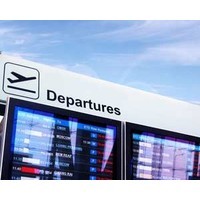 Developer Mirvac represents quality, stability and performance. Real estate agents use ‘built by Mirvac’ as a sales tool. The company’s careful character is one reason investors were surprised –some say shocked – when chairman James MacKenzie announced the resignation of Mirvac’s CEO, Nick Collishaw, after four years in the top job.

The company has a replacement: Susan Lloyd-Hurwitz. Currently overseas, Lloyd-Hurwitz has an investment background, including with Macquarie Group, a factor that flags a potential shift in business model for Mirvac, according to investment researcher Morningstar’s property analyst, Tony Sherlock.

“Lloyd-Hurwitz brings extra experience in the funds management side,” he says. Sherlock says others in the industry have moved to a different capital structure for developments and Mirvac may be looking to catch up.

Mirvac’s performance has not been bad; certainly not worse than other developers caught up in the slowdown in construction, and housing prices, created by the GFC, Sherlock points out.

So what does a board, such as Mirvac’s, have to weigh up when it decides to part ways with its chief executive?

Whatever the factors influencing Mirvac’s share price – down from more than $5 in 2008 to $1.35 today – it is clear that rivals are clearing the decks for change.

The risks of a clean sweep

Mirvac’s CFO, Justin Mitchell, resigned in April and was due to leave in October, but he has already been replaced, prompting his departure in July. He had been there for eight years, and worked closely with Collishaw through the GFC.

With both leaders’ departures, Mirvac lost a lot of experience in one hit.

What walks out the door with senior executives are their general expertise and their relationships. “Those always walk with senior people,” Wilson says. “You protect yourself by ensuring a range of people are involved on important projects. The CEO won’t have a lot of detail; not enough to replicate the project.”

The benefits of a clean sweep

A new leader brings fresh ideas and a morale boost. Chief executives and chief financial officers work closely together and it can be difficult when one leaves for the remaining leader to switch allegiances.

With both gone, Lloyd-Hurwitz can come in and stir things up, add new perspectives and bring a fresh look at old problems, Wilson says. “That is healthy. We expect that,” he says.

It provides an opportunity for the company to reposition itself.

Collishaw is a ‘details man’, according to reports. “Steady, straight, direct and knew his stuff,” is how he was described in an article last year in The Australian.

Lloyd-Hurwitz suggests a progressive, more daring appointment – a woman, relatively young, with global expertise and a different skill set: less in the nuts and bolts of real estate, and more in broader strategies and financial nous.

Sherlock says that rivals such as Westfield, Goodman and Lend Lease have changed their business model to a “capital light” approach. For any one project, half the money comes from debt, and half from equity. “The developer puts in 20% of the equity, and gets 80% from other investors – sophisticated investors – and they earn management fees on the other equity,” he says. “There is a flavour of the old Macquarie model.”

If investors were surprised by the news, staff will also feel nervous. However, the announcement of a new CEO, the quick replacement of the departing CFO and the appointment of the chair, James MacKenzie, himself an experienced CEO, will all go towards alleviating staff concerns, Wilson says.

“People are going to get nervous if the company doesn’t have a sensible response, and that sensible response is five years of planning,” Wilson says. “People leave jobs about every five years. The foundation for any board’s response to a departure is to have a strong succession planning framework. It doesn’t matter which executive is departing; you must have a pipeline of successors. If you have that, the easiest way to respond is to say, ‘It is sad that this person is leaving, but we are a strong organisation and we have X who can step into the role.”

Mirvac has already issued guidance to the market about its upcoming result, Sherlock says. “What is more important is what will happen going forward. They are positioned at the premium end of the development market, at the top end of $2 million-plus,” he says. “They might find them harder to offload. I am not saying they will move out of that space, but rather than doing 10 more of those, they might put effort or capital into other areas.”

Such as? Cutting corporate overheads, which are seen as fairly high. Rivals such as Stockland and Westfield have had job cuts. Other have also been doing share buy-backs to allow investors a way out.