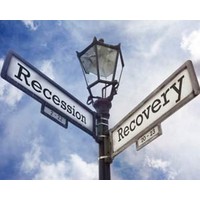 Next Wednesday, Glenn Stevens will sit down with his chiefs and decide whether he will follow his previous pattern of giving us a rate change during the Melbourne Cup Carnival. But Glenn is not Ben Bernanke and there is a better than even chance that he will break the habit and hold off until after Treasurer Wayne Swan lets us all in on the secret of his end-of-year plans.

In the midst of the US presidential elections, Bernanke, by comparison, is prepared to put job creation and a boost to low-income households ahead of playing fiscal games to keep the natural rate of unemployment as a hedge against wage pressures.

In Australia, the fiscal fiends believe that an artificially low level of unemployment and falling participation rates justify chucking 100,000 sole parents off their income security payments and onto the dole when their kids head off to school next year. Finance Minister Penny Wong and Employment Minister Bill Shorten this week defended increasing the gap between the pension and the dole to encourage discouraged workers to fill non-existent vacancies.

Senator Wong has recently refused to answer questions regarding Australia’s unemployment and under-employment figures – even refusing to back up statements she made whilst in opposition only five years ago. Wong was asked several times to clarify her statements of five years ago, including: “We know that there are around 2.3 million Australians who are officially unemployed or want more work than they can get.”

The RBA will be closely watching the Roy Morgan Consumer Confidence Rating for September as it is at 115.4pts (up 3.4pts over the past week). Consumer confidence is now 3.6pts higher than it was a year ago (September, 2011: 111.8) after Bernanke told the world the US Federal Reserve was committed to stimulating the US economy.

The RBA should also pay attention to the growing duration of long-term unemployment and modify its job-destroying formula that uses those on the dole as a curmudgeon against waged labour.

While retailers and tourist entrepreneurs are calling for both a rate cut and a lowering of the Aussie dollar, the RBA will only agree if there is a “significant deterioration” in the growth outlook. Bank members last month discussed the possibility that the high level of the exchange rate was weighing more heavily on the economy than might be expected, but they don’t believe that consumers need any more stimulus to open their wallets and resume spending.

Australians are also more positive about their personal finances over the next 12 months with 42% (up 2%) expecting to be ‘better off’ financially (the highest since January 21/22, 2012) while 18% (up 2%) say they expect their family to be ‘worse off’ financially.

The Melbourne Cup will be more than just a race day this year as it will provide a lead for companies that are hoping to see a couple of rate cuts before the end of the year.