Economic pulse: What is shadow banking and why is everyone talking about it? 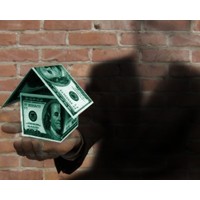 In an address to an audience of central bank officials from across Asia, he said there were plenty of positives about Asia’s banking sector, which had stepped up to fill some of the gaps left by European banks when they retreated to get their own houses in order.

But the RBA governor had a caveat, raising his concerns about the risks growing in China’s ‘shadow banking’ system. “In recent years, an increasing share of financing in China has been provided by non-bank entities,” he said, warning that “as long as there are incentives to bypass the formal banking sector, the shadow banking system may keep on growing, together with the risks.”

Shadow banking isn’t anything new. It takes place in all parts of the world. But its pervasiveness and ambiguity within China is causing plenty of unease in financial circles. At worst, the rise of shadow banking could lead to a financial collapse in China, which would have severe repercussions for our own economic prosperity.

What is shadow banking?

The definition of a shadow bank is very simple, says Westpac’s senior international economist Huw McKay. “Shadow banks are merely financial institutions that provide credit and perform other bank-like functions, but are not regulated and licensed as banks.”

Shadow banking happens in most countries, including Australia, where things like Macquarie Bank and Aussie Home Loans could be considered part of the shadow-lending sector. In fact, last year, the RBA conducted a review of Australia’s shadow-banking network. (It concluded that more vigilance and regulation of the sector was necessary.)

When people talk about shadow banking in China though, they mean one of two things.

The first refers to non-bank institutions offering financial services. These companies typically get their own financing from banks, which means even when the two sectors are separate, shadow banks and real banks are closely connected. If a shadow bank’s debtors default, the shadow bank itself will default on its loans to a ‘real’ bank. Shadow lenders can include financial institutions like trusts and other fund managers, along with things like pawn shops and commodity traders. This type of shadow lending happens in much of the world, including Australia and China.

The second type of ‘shadow bank’ lending more directly involves real banks. Chinese banks conduct a lot of lending activity off their balance sheets, in effect acting as shadow banks despite complying with financial regulations in other parts of their business. From the bank’s perspective, this allows them to avoid taking many of the precautions with those loans that regulators require of banks, like, for example, holding capital against the loan in case it goes sour.

Is it a problem?

In China, shadow banking is huge and growing. While it’s difficult to say what its size is exactly, four years ago, loans made by shadow banks were estimated to have reached 125% of GDP by credit ratings agency Fitch. Now, that same agency believes they’re up to 198% of GDP.

Several factors have led to this vast growth.

Partly, it’s cultural. China’s major banks prefer to lend to well-connected state firms rather than Chinese entrepreneurs. This forces much of China’s growing private sector to turn to shadow lenders for funding.

Another thing is that China’s asset prices (property) are rapidly rising. This leads to a demand for loans, many of which can’t be satisfied by the formal banking sector.

This is causing a great deal of concern among some financiers, given the close relationship between China’s shadow banks and its ‘real’ banks.

“The [Chinese] banking sector is significantly exposed to shadow banking,” Fitch’s Charlene Chu said in a conference call last week. “We could see an asset quality problem in the financial sector in fairly sizable magnitude within the next few years.” That warning came shortly after Fitch cut China’s long-term local currency debt rating down a notch, to A-.

At the Boao forum in China last week, billionaire investor George Soros added his own concerns.

“The rapid growth of shadow banking has some disturbing similarities with the subprime-mortgage market in the U.S. that caused the financial crisis of 2007-2008,” Soros said in his speech to the forum, adding that China has “a couple of years” to sort out the system.

Calls for action on shadow banking have even come from unlikely voices within China. Last year, Xiao Gang, who heads Bank of China (one of China’s ‘big four’ state-sponsored banks), called for more government regulation of the sector. While acknowledging the advantages of shadow banking in allowing companies to avoid defaults and to access fresh funding, China’s general banking stability “is increasingly intertwined with the shadow banking system,” he wrote in a China Daily op-ed.

“Generally, financial crises come about outside the regulatory net,” McKay says. “Smart people are out there, and they work out where the loopholes are, and playing them for all they’re worth. Whenever you see very fast credit growth, outside the regulated sector, risk-taking at an overall level can be higher than you want it.”

This risk-taking can mean that the economy is highly vulnerable to any downturn. Here’s how the bears fear it’ll play out. If the Chinese economy tanks, shadow loans will go sour. And if loans go sour, shadow banks go bust. And if shadow banks can’t repay their own loans, China’s ‘real’ banks could be in trouble. And if the global financial crisis has taught us anything, it’s the real economic damage a struggling financial sector can cause.

The Chinese government seems to be aware of this. According to the Financial Times, Chinese government insiders say the government plans to introduce a number of reforms aimed at controlling the sector, such as requiring banks to disclose their off-balance sheet activities.

China is Australia’s largest trading partner, and any financial crisis in the rapidly growing economy could have grave effects on Australia. But given the signs of vigilance on this issue in China, should we be worried? McKay doesn’t think so.

“I think there’s a bit of hysteria around this,” he says. “It’s not terribly different to what happens to other economies, where you have rapid growth outside the conventional banking system when asset prices are rising.

“Why is it riskier in China? It’s a very open question.”