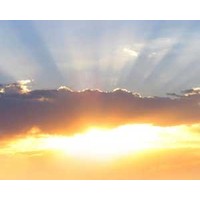 However, despite the wall of worry it turned out to be a good year for investors. Key themes for 2012 were:

• Soft global growth, but no recession. While global growth softened from 3.8% in 2011 to around 3% and profits were downgraded, both were better than feared a year ago. In other words, the falls in share markets in 2011 anticipated the economic slowdown of 2012.

• Easy money. Slowing growth and benign inflation resulted in plenty of monetary easing globally – both rate cuts and quantitative easing. This contrasted to the global monetary tightening that continued into early 2011.

• More Europe, not less. The European Central Bank’s bank funding operation and its threat to buy bonds in troubled countries combined with an ongoing theme from European leaders of “more Europe, not less” and more support for Greece reinforcing a determination to defend the euro, all helped head off the threat of a major financial crisis emanating out of Europe.

• The US comeback. While US growth has been subdued, the commencement of open-ended quantitative easing by the Fed has kept growth going at the same time that signs of rebuilding gather with a housing recovery, surging oil and gas production, a manufacturing renaissance, and an ongoing tech boom.

• Mining slows while the non-mining sector stays weak. Australia has also had a decent share of worries with a rapid slowing in mining investment at a time when non-mining sector activity remains weak. Growth for 2012 looks like coming in around 3.5% but this masks a slowdown to a 2% to 2.5% annualised pace. Inflation has been benign, despite carbon pricing, allowing the RBA to cut the cash rate back to its GFC low of 3%.

• Search for yields amid rate falls. An overwhelming investor theme in 2012 was the chase for yield in the face of zero interest rates in major advanced countries and falling rates elsewhere against a backdrop of investor caution. This benefited high yield assets. The following table shows returns for major asset classes.

Shares provided decent gains and setbacks were milder as a lot of the bad news had already been factored in; policy action was decisive and signs of improvement were evident in the US and emerging countries.

By region, European shares outperformed as investors sought their better value after several years of underperformance, followed by US shares – helped by easy monetary conditions – Asian shares, and emerging markets generally, with Japan’s lagging performance not helped by a return to recession.

The $A rose slightly on US quantitative easing and central bank and safe haven buying reflecting its safe AAA rating, but has really been range bound for two years.

The strong returns from most assets resulted in solid returns for traditional balanced superannuation funds.

A year ago it seemed everyone was obsessed with Europe. At the time we thought there was a case for a bit of cautious optimism. This turned out okay. While sentiment is now not as bleak, we remain cautiously optimistic for several reasons.

First, the cyclical pattern since the 1970s has been to have major recessions every 8-10 years (mid 1970s, early 1980s, early 1990s, early 2000s, late 2000s) with modest growth slowdowns in between. We still appear to be following this pattern, with the global growth slowdown of 2012 largely anticipated by the 20% top to bottom falls in share markets seen in 2011. If this, albeit imperfect, pattern is correct then the 2012 global growth slowdown has cleared the way for a continuation of the global recovery for the next three years or so which should help underpin growth assets.

Second, the risks around Europe remain high, particularly with the Italian election expected in February and a likelihood that Spain will have to apply for assistance from the bailout fund and the ECB in the next three months. However, the ECB’s funding intervention in banks, its threatened bond-buying program and the euro zone’s ragged but seemingly dogged determination to head towards more Europe, not less, suggests that the risk of a blow-up in Europe will continue to recede. In the meantime, declining inflation and continued recession will see more monetary easing helping clear the way for an exit from recession during the second half.

Third, while the fiscal cliff of budget tightening is a near-term hurdle for the US, there is a 90% probably it will be solved by end of January (as the political consequences for both parties in triggering a recession are just too big). But once the US clears this hurdle it should have a reasonable year in 2013 as the housing recovery adds around 0.75% to growth, shale oil and gas continues to revolutionise the US, capital spending rebounds after uncertainty associated with the fiscal cliff and quantitative easing spurs growth.

Fourth, China looks like it’s on track for growth at around 7.5% at least with the slowdown behind it. Growth in Asia, Brazil and India should also stabilise and begin to improve, following significant monetary easing.

Pulling all this together suggests:

For Australia, growth is likely to remain subdued initially as mining slows and non-mining is slow to pick up. This is likely to see unemployment rise to around 6%. Against this backdrop the RBA is likely to cut rates further to 2.5% in order to push bank lending rates down closer to past cyclical lows.

However, as the impact of rate cuts starts to feed through with normal lags, growth should start to improve by year end. Overall, we see growth around 2.5%, but this is masking a second half upswing; inflation remaining benign; and the cash rate falling to around 2.5% in the first half.

So what does this all mean for investors?

Against a background of a modest pick-up in global growth and gradually receding risks in Europe, growth assets are likely to continue to do well but the returns from bonds are likely to be limited.

Shares are likely to provide another solid year of returns. Shares are very cheap against bonds as bond yields have fallen further and should benefit from ultra-easy monetary conditions globally and the anticipation of stronger profit growth in 2013-14. What’s more, while sentiment towards shares is not as bearish as it was in late 2011, it is still very cautious at a time when share weightings have collapsed. This suggests there is plenty of money to come into shares once confidence starts to pick up. Worries about Italy and Spain could trigger a bout of volatility around February/March, but overall returns are likely to be solid.

While US shares have been a star performer, helped by more aggressive monetary easing, this may be starting to change. Our assessment is that European and Asian shares are likely to be the star performers in the year ahead, reflecting relatively low price-to-forward earnings ratios of around 10 times, compared to around 12 times in the US, the gradual pricing out of disintegration risks in Europe and stronger growth prospects in Asia.

Falling interest rates and improved sentiment towards China are likely to see Australian shares do well, but uncertainties about the growth and profit outlook will act as constraints. We expect the Australian ASX 200 to rise to around 5,000 by end 2013. Bombed out cyclicals such as resources, along with yield plays like telcos, are likely to outperform.

The $A is likely to fall to around parity as the combination of a narrowing interest rate gap, slowing growth, and a widening trade gap offset the impact of more US quantitative easing.

Cash and term deposits are likely to become even less attractive, as cash rates slide to 2.5%, further pulling down term deposit rates well below 4%.

Historically low starting point bond yields suggest low returns from sovereign bonds, unless global growth takes a renewed leg down. Australian bonds are a bit more attractive than global bonds, given higher yields. Corporate debt is a better bet for those after income.

Property securities are likely to continue to benefit from investors seeking yield. However, returns are likely to slow after the 20-30% returns of 2012.

Australian house prices are likely to see a modest 4-5% bounce on the back of lower mortgage rates.

What are the risks?

The main global risks relate to US budget and debt problems and a relapse in Europe perhaps triggered by renewed worries regarding Italy or Spain. An alternative risk is that growth surprises on the upside, triggering a mass investor switch out of bonds resulting in a sharp back up in bond yields.

In Australia, the main risk is that the non-mining sectors of the economy, e.g. housing, retailing, tourism, etc, take longer than expected to pick up pace leading to a sharper slowdown in growth beyond the 2.5% we are expecting. This could occur, for example, if rising unemployment triggers a desire on the part of households to more rapidly reduce their debt levels. This could see the RBA cut the cash rate to 2% or below.

While the year ahead is likely to see occasional bouts of volatility, returns overall are likely to be reasonable, as global growth picks up a bit and monetary conditions remain ultra-easy globally and become increasingly so in Australia.

• While 2012 has had its share of worries, it has turned out far better than feared and share markets and growth assets have been able to generate strong returns for investors. This has been helped by investors looking for higher yields in the face of zero or falling cash rates.

• The combination of diminishing extreme downside risks globally, a modest pick-up in growth as the year progresses and attractive valuations for most growth assets points to another year of reasonable returns in 2013. Expect interest rates to remain low globally and fall a bit further in Australia.

• The main risks relate to US budget and debt problems, a relapse in Europe, slow growth in Australia and a sharp back up in bond yields if investors get more confident.

Dr Shane Oliver is the head of investment strategy and chief economist at AMP Capital. Please note that this article is intended as general information and not as investment advice.