Why I killed off the print edition of Encyclopaedia Britannica: Jorge Cauz explains 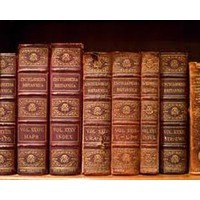 Jorge Cauz is the president of Encyclopaedia Britannica. He writes:

One year ago, my announcement that Encyclopaedia Britannica would cease producing bound volumes sent ripples through the media world. Despite the vast migration of information from ink to bits, it seemed remarkable that a set of books published for almost a quarter of a millennium would go out of print.

But in our Chicago offices this wasn’t an occasion to mourn. Given how little revenue the print set generated, and given that we had long ago shifted to a digital-first editorial process, the bound volumes had become a distraction. They could no longer be kept as up-to-date as today’s users expect.

I relished the irony. If you relied on free online channels to understand why we were ending the print edition, you got what you paid for: some inaccurate observations about the state of our business. You may not have learned that by the time we stopped publishing the print set, its sales represented only about 1% of our business, that we have an increasingly significant presence in the K-12 digital learning space and that we’re as profitable now as we’ve ever been. Whatever ripples the announcement may have made, from a business perspective the decision itself was a non-event. It was just the final phase of a carefully planned strategic transition that had been 35 years in the making.

For Britannica’s first 200 years, editorial revisions were made with a variety of manual and mechanical tools. Preparing each new edition took years at first, and never less than a year. Then, in the 1970s, the contents of the encyclopaedia were loaded onto a mainframe computer to streamline the process of making annual updates.

Prescient editors and executives recognised that although digitisation would make updating more efficient for print, it was only a matter of time before the medium of publication itself would be digital. And that would represent a threat to the way we did business: selling multivolume encyclopaedias to families door-to-door. So in the 1980s we began experimenting with digital technologies and even publishing the first electronic encyclopaedias. Meanwhile, sales of the print version grew throughout the decade, and in 1990 the company’s overall business peaked: Our 2,000-plus salespeople sold more than 100,000 units of the bound set in the United States.

Then the business collapsed.

The sales model started breaking down in 1991, as families had less patience for doorstep solicitations and as PCs began shipping with built-in CD-ROM drives.

In 1994 Britannica produced its own CD-ROM encyclopaedia. It was originally priced at $1,200, about the same as the bound set. But by then Microsoft was bundling its CD-ROM encyclopaedia, Encarta, with the vast majority of Wintel computers as a loss leader to increase the sales of home PCs by positioning them as a learning tool. Regardless of quality, it was hard for a $1,200 CD-ROM to compete with a free one.

That same year, the company introduced Britannica Online, a web-based version of the Encyclopaedia Britannica and the first such reference work on the internet. It was a bold move then: few publishers had yet seen the web as a place to publish. But it was a risky move, too. We knew that it would further cannibalise our own print market; we just didn’t know by how much. Digital sales rose, but slowly, while print sales fell off a cliff. From more than 100,000 units in 1990, sales fell to 51,000 in 1994 and to just 3,000 in 1996, when I arrived.

That year Britannica was sold to the Swiss investor Jacob E Safra, and I joined as a consultant helping to initiate the radical change Safra was looking for. To adapt to market shifts, we had to make several major transformations that would ultimately cost tens of millions of dollars. The most painful one involved changing the way we sold our products. The Britannica direct-sales force was at the centre of the business structure. But the door-to-door sales method had become obsolete, so we decided to abandon it and adopt other forms of direct marketing.

As we changed our sales focus to direct marketing, we tested price points on the CD-ROM encyclopaedia and realised that our original price was too high. We had assigned a value to our product on the basis of content and production costs. But customers were changing. They could get “good enough” content for much less – sometimes free. Within months we dropped the price from $1,200 to less than $1,000, then to $150, and eventually to less than $100.

We began seeking new online revenue sources from subscriptions and advertising, and we tapped resellers such as AOL to bring the CD-ROM encyclopaedia to new consumer channels. Because the quality of our products were recognized by educators, we focused on selling subscriptions to Britannica Online to colleges and later to the K-12 market as they came online.

One or two more years fighting in this market would have further debilitated Encyclopaedia Britannica. But internet access exploded, and the biggest threat to our company, the CD-ROM, was itself disrupted by online access. Britannica was able to re-establish a strong direct relationship with consumers, and our digital subscription business took off.

When I became president, in 2003, I sought to transform the company once again in light of the opportunities that widespread internet access opened up to us.

What my staff and I realised was that we needed to go beyond reference products and develop a full-fledged learning business. Our growing K-12 customer base helped us by telling us what it needed: affordable lessons and learning materials that could be used in classrooms and at home. We saw a looming opportunity in online education, and we caught the wave perfectly. We hired dozens of new people, and we now have curriculum specialists in every key department of the company.

As bad as our timing had been with CD-ROM, it couldn’t have been better for the decision to focus on learning products, because something had arrived that would ultimately remake the consumer market for reference information: Wikipedia.

The disruption that wasn’t

I had been following Wikipedia since the launch of its parent project, Nupedia, in 2000. At the time, I thought Nupedia was going nowhere, because it was trying to do exactly the same thing that Britannica was, and I knew how much editorial staff and budget it took to do that. Nupedia didn’t have them.

When Nupedia adopted the wiki technology and became Wikipedia the following year, it seemed to me like an act of desperation. Needless to say, its success was a surprise. As Wikipedia’s articles and visitors skyrocketed in number, I understood that this was another game changer for Encyclopaedia Britannica.

But Wikipedia’s success actually reinforced our strategic decision to reduce reliance on consumer reference and accelerate activity in the K-12 market. Like many disruptive innovations, Wikipedia was of lower quality. But consumers didn’t care about that, because Wikipedia has a vast number of entries and free access. We couldn’t compete on quantity or price.

So instead of getting mired in a competition with Wikipedia, we focused on editorial quality with Britannica Online and used Wikipedia’s chronic unreliability as a differentiator in our favour. We knew that Britannica’s long-standing mission to bring expert knowledge to the general public met an enduring need for society.  By the time Wikipedia took off, we weren’t head-to-head competitors anymore.

Today Encyclopaedia Britannica is growing on all measures: revenue, staff, content and reach. We must be ready to adapt and quick to innovate, but we no longer have a stake in the old education model of textbooks and printed classroom curricula. We’re creating new digital solutions for math and science and in support of the Common Core State Standards. Here the entrenched players will get disrupted, not us.

I’m confident in Encyclopaedia Britannica’s ability to endure in the digital age. That’s because our people have always kept the mission separate from the medium, which has allowed the company to handle one competitive threat after another.

Even now, a year after the last bound volumes of the Encyclopaedia Britannica were sold, people ask if we would perhaps print limited editions as a collector’s item.

The answer is no. It makes no sense for us to print books. As an organisation, we’re over it.